The four-week-old macaque has been settling in well at Blair Drummond Safari Park near Stirling. 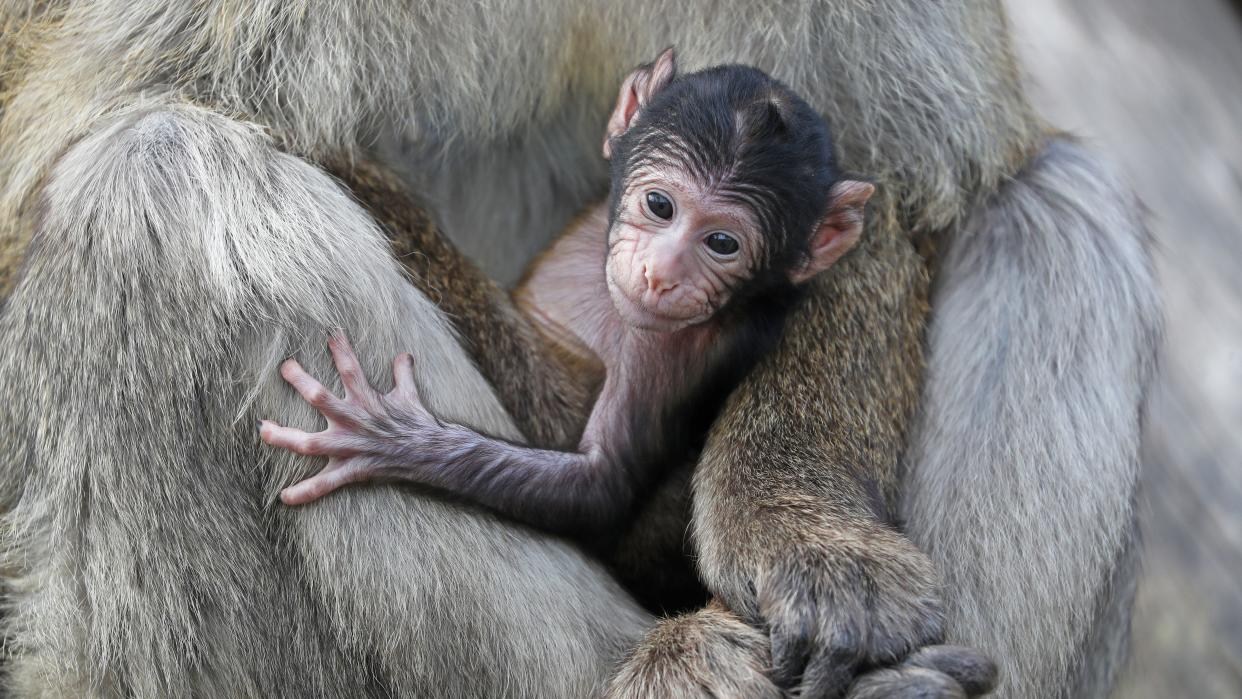 Blair Drummond Safari Park has welcomed the arrival of a new baby macaque.

Four-week-old Fia the was born to mother Liberty and father Phil at the end of last month and the park says she is proving a popular addition.

Described as being “very small” , she is still being carried around by family members – and unlike other species, males have a very active role in raising the young.

Keeper Steven Campbell said “Fia is still very small and spends most of her time being carried around by her family members.

“Unlike other species of macaque, the males are also active parents and are very involved in the rearing of young. You can often spot mum or dad snuggling baby Fia in the macaque drive thru.”

The enclosure is one of the most popular attractions in the park and visitors are able to drive through in their cars.

The troop arrived in Scotland from Gibraltar in 2014 and are some of Blair Drummond’s best loved residents.

Baby Fia is the latest generation to be born at the park.