The rules in full for supporters heading to watch games at Glasgow Green. 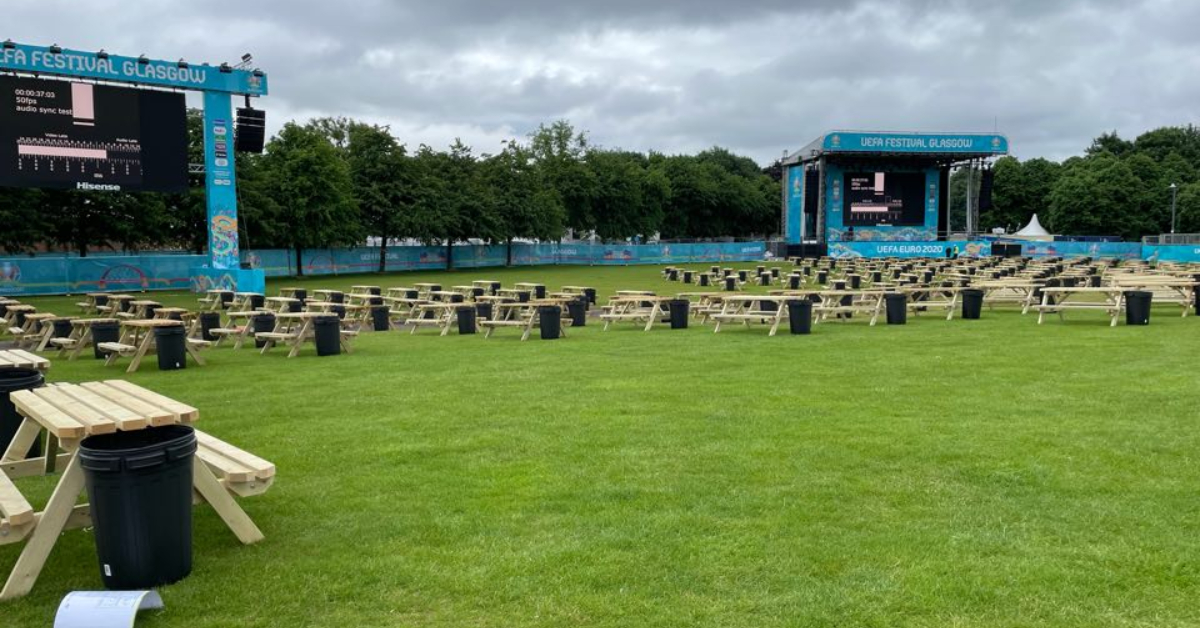 Football fans heading to the Euro 2020 fan zone in Glasgow have been warned not to bring alcohol – or bagpipes.

Four Euro 2020 games will be played at Hampden Park – including Scotland’s group fixtures against Czech Republic and Croatia – while the Green will host a fan zone for the 31-day duration of the tournament with games shown on big screens.

The Scottish Government has granted permission for the series of events which will see up to 6000 people gather at Glasgow Green each day.

There will be up to two sessions a day, each for 3000 people, in mostly seated events with a maximum of six people per table.

Though some food will be permitted to be brought in, alcohol not bought from the event will not be allowed.

The UEFA rules have banned instruments such as bagpipes from games and fan zones over fears they could help spread the virus, and have said no one can enter venues with “any devices” that make sound.

Supporters have also been warned not to bring bags larger than a small rucksack and should be prepared for contactless payments throughout the grounds.

Earlier this week it was announced when Scotland face England at Wembley, fans will need proof they have had two vaccinations or a negative lateral flow test to get in to the stadium.

But no test will be required to attend either the Glasgow Green fan zone or Hampden. However, the Scottish Football Association is “strongly encouraging” all ticket holders and their groups to take a rapid lateral flow test 48 hours before attending.