Mountain rescuers called out to drivers stranded in snow

It comes as a yellow warning for snow and ice remains in place across much of Scotland. 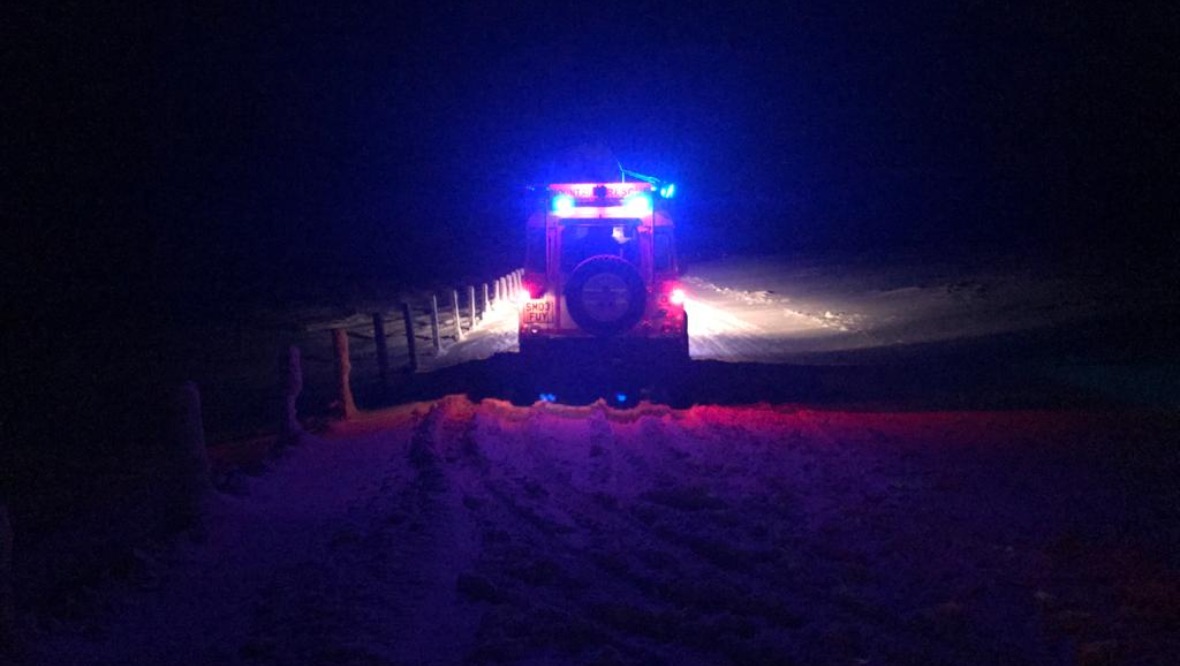 Mountain rescuers were part of a multi-agency response to save 12 people who got stranded in their vehicles in Dumfries and Galloway.

The alarm was raised about a number of cars which were stuck on the A702 Dalveen Pass, north of Durisdeer village, amid an amber warning for snow on Tuesday evening.

A total of 12 people were extracted from cars and ferried to safety in the team’s Land Rover.

The rescuers returned from the incident in the early hours of Wednesday morning.

Meanwhile, Tweed Valley Mountain Rescue Team (TVMRT) also reported helping Police Scotland to recover a vehicle which had slipped off a road at a “remote location” in the Scottish Borders on Tuesday evening.

The emergency volunteers struggled through “extreme blizzards” on a 2.4-mile hike during the operation.

TVMRT said they escorted a number of people to safety amid “some of the harshest conditions” they have seen.

A yellow weather warning for ice and snow is in place across much of Scotland until 12pm on Wednesday.

The Met Office said there is a small chance of power cuts and some rural villages could be cut off.

It also warned that there could be some disruption on the roads as well as to air and rail travel.

The Queensferry Crossing has reopened, having been originally closed on Monday night following reports of vehicles being hit by falling ice.

A number of west coast ferry services have also been cancelled.

Meanwhile, Network Rail Scotland praised its teams for clearing the snow at Corrour on the iconic West Highland Line on Wednesday morning.

Posting pictures of the clear-up on Twitter, a spokesperson said: “They arrived on site at 9.50am and the area was cleared by 10.20am.”