A family of four were seriously hurt in the blast on Monday evening in Gorse Park. 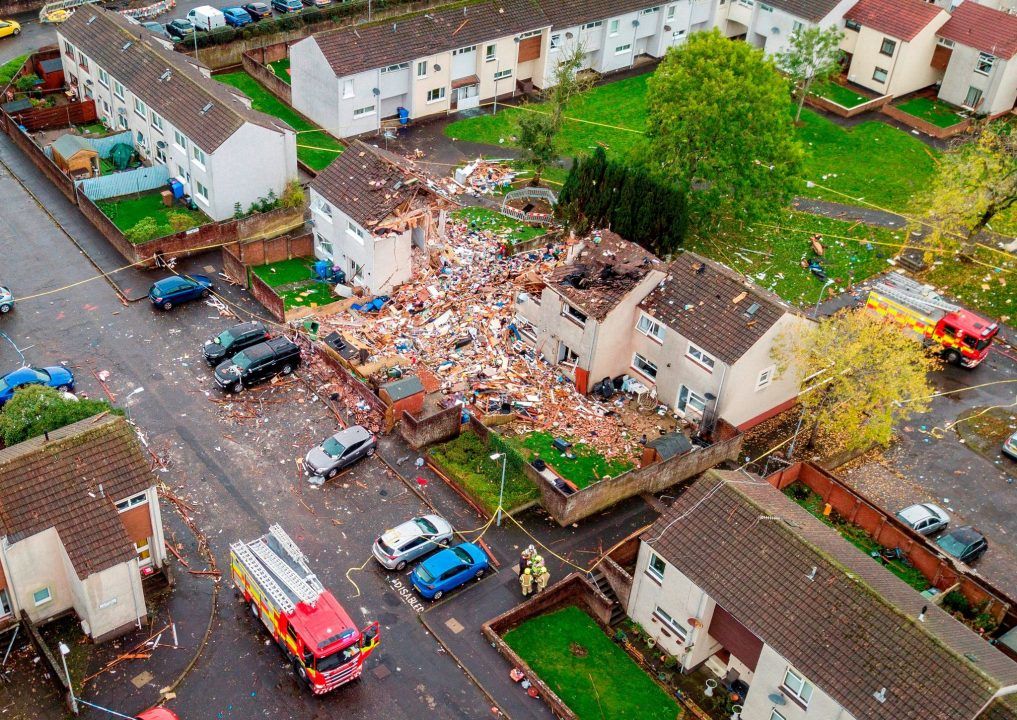 A mother and her son are fighting for their lives in hospital four days on from an explosion in Ayr that ripped through a housing estate.

A family of four were seriously hurt in the blast on Monday evening in Gorse Park which was heard for miles around.

A multi-agency investigation to establish the cause is continuing, with Police Scotland, the Scottish Fire and Rescue Service, South Ayrshire Council, the Health and Safety Executive and SGN all involved.

Police said investigators were currently “keeping an open mind” as to what had happened.

All four, a mum, dad and two children, remain in hospital.

The 43-year-old woman and a 16-year old boy are now in critical condition at Glasgow Royal Infirmary.

The 47-year-old man is in a stable condition in Queen Elizabeth University hospital.

An 11-year-old boy is also in a stable condition in the Royal Hospital for Children in Glasgow.

Chief inspector Derrick Johnston, area commander for South Ayrshire, said: “Our thoughts are very much with those injured in the explosion, their families and people in the community who have been displaced from their homes. I would like to thank everyone for their patience.

“All partner agencies are working together to find out the cause but this is a complex incident and finding answers will take time. I can assure the public that we are working hard to establish the full circumstances.”

One house has been demolished as work continues to make the area safe following the blast.

On Wednesday, South Ayrshire council confirmed 46 properties were safe to return to, however 35 homes remained cordoned off due to damage.

Anyone with information that could help with the multi-agency investigation can get in touch with Police Scotland via 101.

In addition, information such as phone footage or private CCTV that could assist, can be submitted to Police Scotland here.