More than 40 arrests at TRNSMT including for ‘drugs and assaults’

The festival at Glasgow Green was expected to welcome around 150,000 people.

More than 40 arrests were made during the course of TRNSMT at Glasgow Green.

Around 150,000 people were expected to attend the music festival over the weekend which authorities described as “a safe and successful event”.

On Thursday night, two people were arrested, on Friday, another ten were cuffed. The majority of arrests were made on Saturday, with 17 taken in, and Sunday, when 12 people were seized.

Police said the arrests were for a variety of offences with some in relation to possessing drugs, minor assaults and breach of the peace.

Superintendent Emma Croft said: “We worked closely with TRNSMT organisers and other key partners to deliver a safe and successful event.  We are pleased that thousands of people were able to enjoy themselves at the first event like this in Glasgow for some considerable time.

“I would like to take this opportunity to thank everyone who behaved responsibly and enjoyed the event.”

“Over the course of the event there were a total of 41 arrests, two on Thursday night, 10 on Friday, 17 on Saturday, and 12 on Sunday.

“These related to various offences including drugs possession, minor assaults and breach of the peace.” 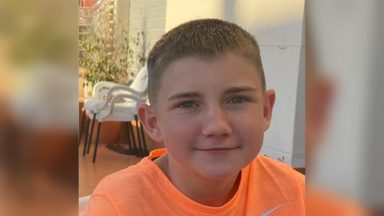 Thousands of homes affected by power cut 'with no advanced warning'