DC Jim Morrison was off duty when he was stabbed in London's West End in 1991. 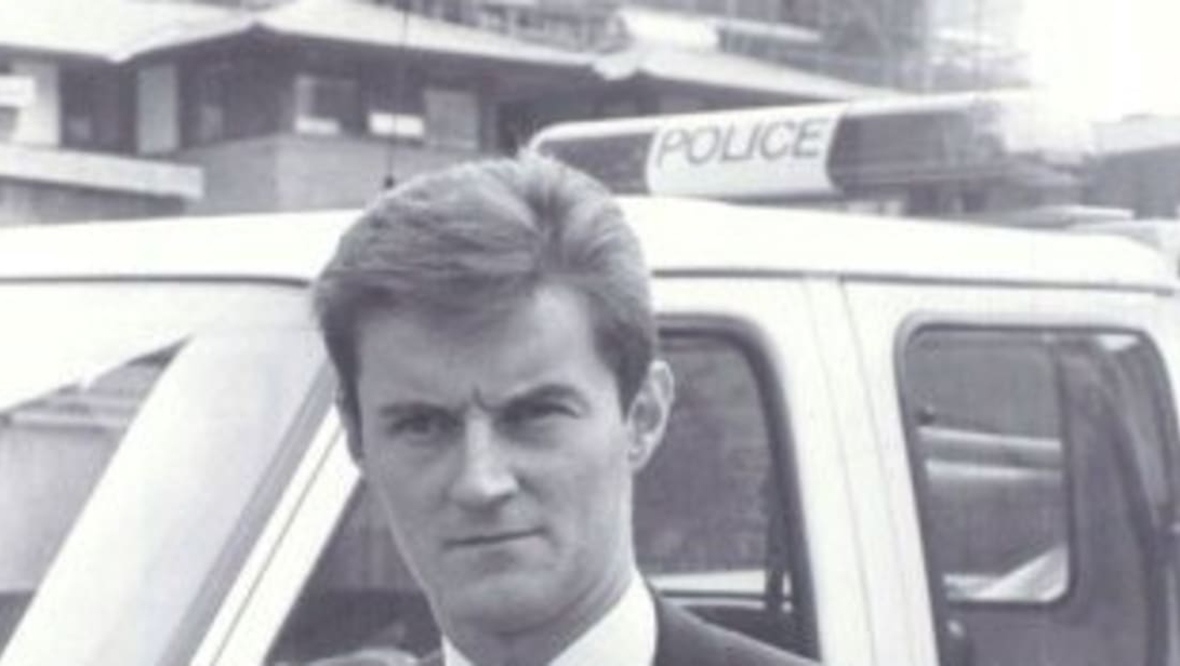 Detectives in London investigating the unsolved murder of a police officer are offering a reward of £30,000 on the 30th anniversary of his death.

DC Jim Morrison, who was originally from Dumbarton, was off duty when he was stabbed in Montreal Place, Covent Garden, on 13 December 1991, following a struggle with a man he was trying to arrest for a suspected bag theft.

Despite extensive inquiries and a number of arrests over the years, his murderer has never been brought to justice.

The Met Police say the money will be paid for information leading to the identification, arrest and prosecution of the person responsible for DC Morrison’s death.

Met Commissioner Cressida Dick said: “Jim Morrison was a talented and dedicated officer who lived and worked in the borough of Westminster.

“Jim was inspirational; he had an insatiable appetite for police work and his dedication to the job was second to none. Jim always put in that bit extra to assist the community in which he both lived and worked.

“Over the years, officers have remained dogged in doing everything in their power to secure justice for Jim. Despite the passage of time, I believe there are people who still hold vital information about who is responsible for this murder.’

“Today, we continue to hold Jim’s family and friends in our thoughts, as we remember one of our own whose future was tragically taken from him.”

On the night of the incident, Jim had gone to the Nell Gwynne pub at Bull Inn Court for around an hour from 8pm, before deciding to head home.

However, a group of at least three bag snatchers had recently been working in the area to steal purses and handbags – and that night a handbag had been stolen from the Maple Leaf pub in Maiden Lane.

DC Morrison was seen getting involved in a struggle with a man outside the London Transport Museum shortly after 10pm. The suspect broke free and a chase ensued, which ended with Jim being stabbed, before the man fled.

At the time of the attack the suspect was described as being of Algerian or North African appearance, 5ft 10 inches tall and aged approximately 27 to 30-years-old.

He was of medium build, clean shaven and had dark collar length hair, with distinctive tight curls at the front. He was wearing a waist length tan/brown leather jacket.

Senior investigating officer on the case, detective chief inspector Rebecca Reeves, said: “I think that the key to identifying his killer will be through continued help and information from the community, particularly the North African community, living and working in London’s West End in 1991.

“DC Morrison died trying to protect the public from a violent offender who was committing crime in the West End.

“He was off duty, unarmed, on his own and in plain clothes. With no regard for his own personal safety he chased the offender through the streets in order to arrest him.

“Members of the public tried to help him by blocking the offender’s path. His bravery and dedication to duty tragically resulted in him losing his life.’’

Over the years officers have followed leads in Germany, Belgium, Canada, France and Ireland in attempting to solve this case but with no breakthrough.

DCI Reeves added: “Every year that goes by we make progress, but we are still short of the evidence that will signal a breakthrough in this case. I believe there are people who still hold vital information about who is responsible for DC Morrison’s murder.

“If you witnessed or heard anything that could help us identify the man responsible for Jim’s murder, wherever you are in the world, come forward and speak to us. It’s not too late.’’

Anyone with information is asked to call the incident room on 020 8785 8267. You can also provide information via the internet by following this link: https://mipp.police.uk/operation/0101020107V95-PO1

Information can also be provided to independent charity Crimestoppers, anonymously, on 0800 555 111.