Almost 500 workers at the biscuit factory were issued formal redundancy notices on Thursday. 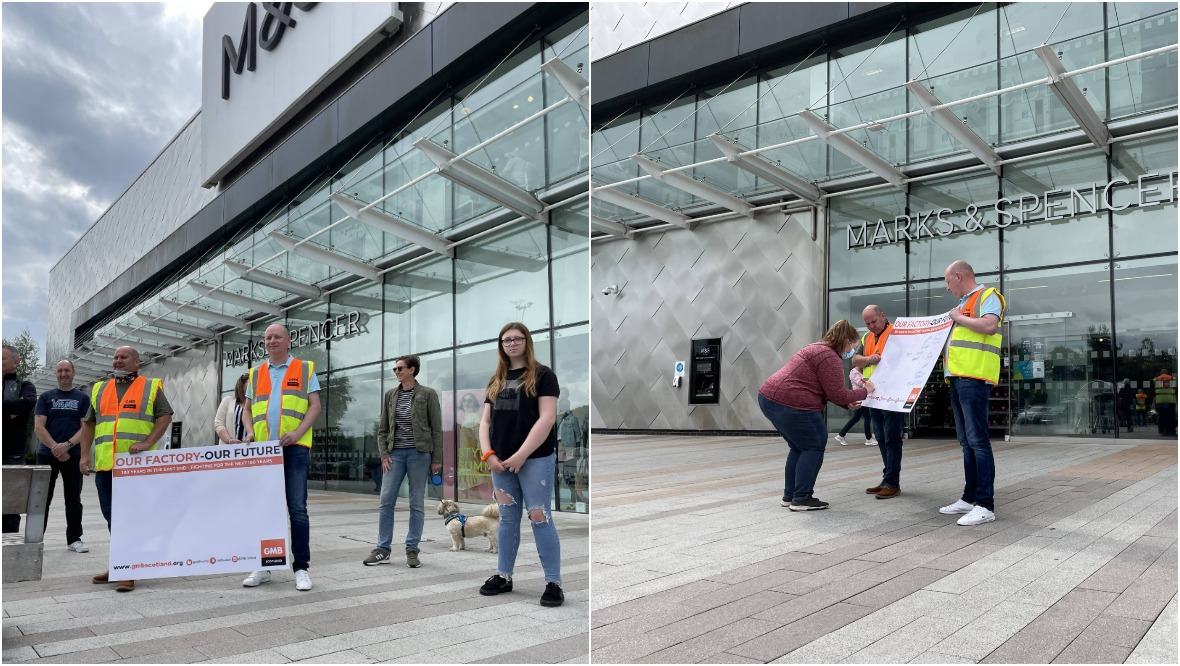 McVitie’s workers are protesting over the loss of almost 500 jobs at the biscuit factory in Glasgow.

Snack firm Pladis, the parent company of McVitie’s, issued formal redundancy notices to all 472 staff at the closure-threatened Tollcross plant on Thursday.

Disgruntled workers are gathering outside the Glasgow Fort M&S store on Saturday to hold a socially-distanced demonstration. The Tollcross site is a major manufacturer of mallow biscuits for the retail giant’s own products.

Following Thursday’s shock news, union bosses called for David Murray, managing director of Pladis, to be “hauled” before an “action group” panel of council, industry and union chiefs which was set up by the Scottish Government to save the factory.

GMB Scotland organiser David Hume said the redundancy notices were an “act of extreme bad faith” and “a gross insult to hundreds of workers and their families who are fighting for their livelihoods and community”.

‘It’s their factory and their future, and they are going to keep fighting.’

Speaking ahead of the demonstration, he said: “Our campaign to save jobs and bring-in new investment continues.

“It’s been a difficult few days’ for the Tollcross workforce, there’s no doubt about it, but the extreme bad faith shown by pladis over their redundancy notice announcement has only served to strengthen our members’ resolve.

“This demo is about sending a message to McVitie’s key clients like M&S, and to keep building support among the good people of Glasgow, that pladis’ actions are unexplained and unjust, and that these workers can and should have a future in the East End.

“It’s their factory and their future, and they are going to keep fighting.”