Three-year-old Mohamad passed away in a refugee camp while his grandparents fought to bring him to safety. 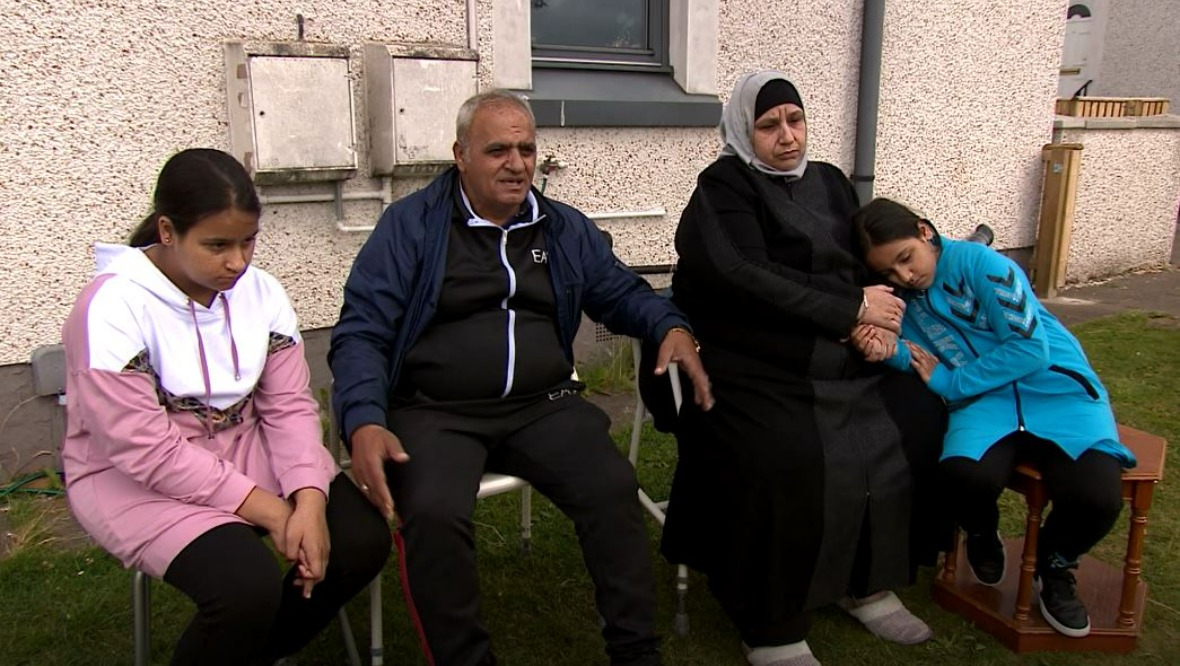 A Syrian grandfather has told STV News of his heartbreak after receiving a Home Office letter refusing his request to be united with his grandson – after the child had died.

Three-year-old Mohamad passed away in a refugee camp while his grandparents fought to bring him to safety in Scotland.

The child was born amid bombing and air strikes – and died at the age of three at the camp in Lebanon.

Nidal said: “The child used to call us every single morning. And he used to wake us up.

“My daughters were looking forward to seeing him as well.

“We just wanted to live as a family, happily ever after.”

The 57-year-old fled war in Syria with his wife in 2017, making their home in East Dunbartonshire.

When he applied to the Home Office for his daughter, her husband and two sons to join them the application was refused. By that time Mohamad had died.

He said: “That made us feel even worse. Just now we are receiving mental health appointments. Because if it wasn’t for the war, we would be living as a family.”

The Naboulssi’s are one of many families split across borders.

Nidal is hoping his daughter and her surviving child will now be allowed to travel to Scotland on compassionate grounds.

He said: “All our neighbours, when they heard the devastating news about our grandson, they came to pay their respects. Honestly I don’t feel they are neighbours or friends… I feel like they are family.”

A Home Office spokesman said: “All applications are carefully considered on their individual merits, the evidence provided and in accordance with the immigration rules.

“We apologise for the distress the correspondence must have caused to Mr. Naboulssi and his family, and our thoughts are with them at this difficult time.”