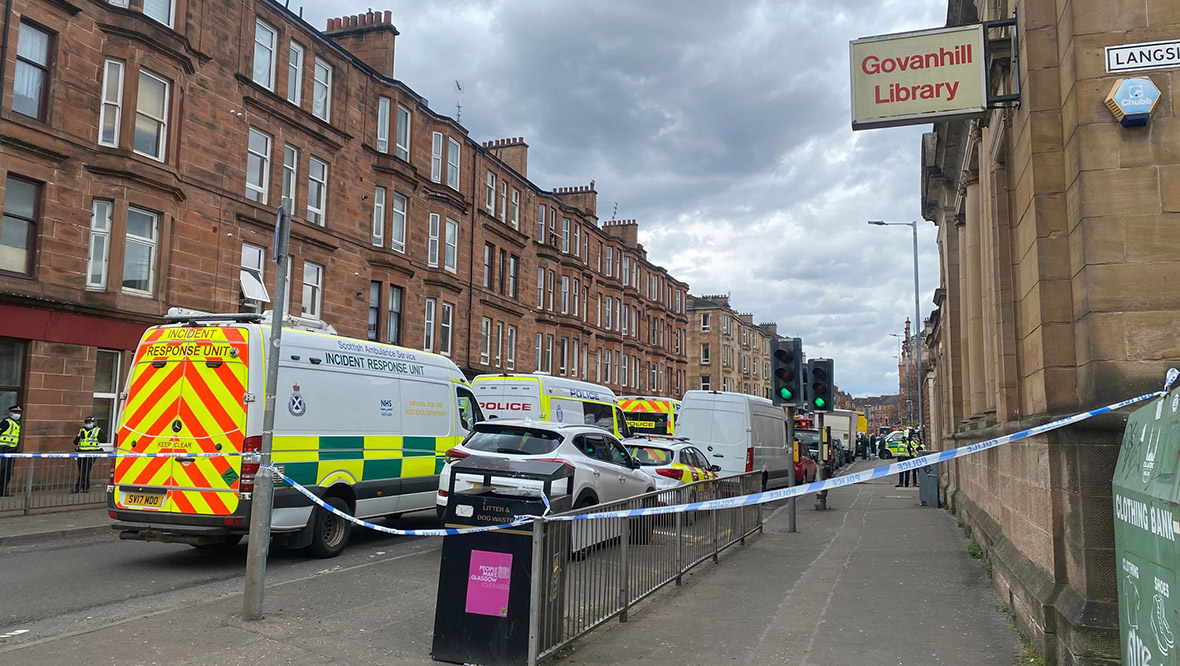 A man has been taken to hospital after a busy Glasgow street was locked down over a disturbance in a nearby flat.

Emergency services, including several police vans and an incident response unit, attended the scene on Calder Street, Govanhill, after the disturbance was reported at 12.05pm on Saturday.

Officers had earlier assured the public that the incident was contained and insisted there was no threat to the wider public.

Calder Street was closed at Govanhill Library between Langside Road and Westmoreland Street and drivers were urged to avoid the area.

Police have now confirmed that the road has reopened to traffic.

A spokesperson for the confirmed the incident.

They said: “Officers attended at a property on Calder Street in Glasgow following a report of a disturbance around 12.05pm on Sunday, 10 April, 2022.

“A man has been taken to Queen Elizabeth University Hospital and enquiries into the incident are ongoing.