Stuart Franks filmed the lightning strike that hit his parent’s house in Lanark on Wednesday. 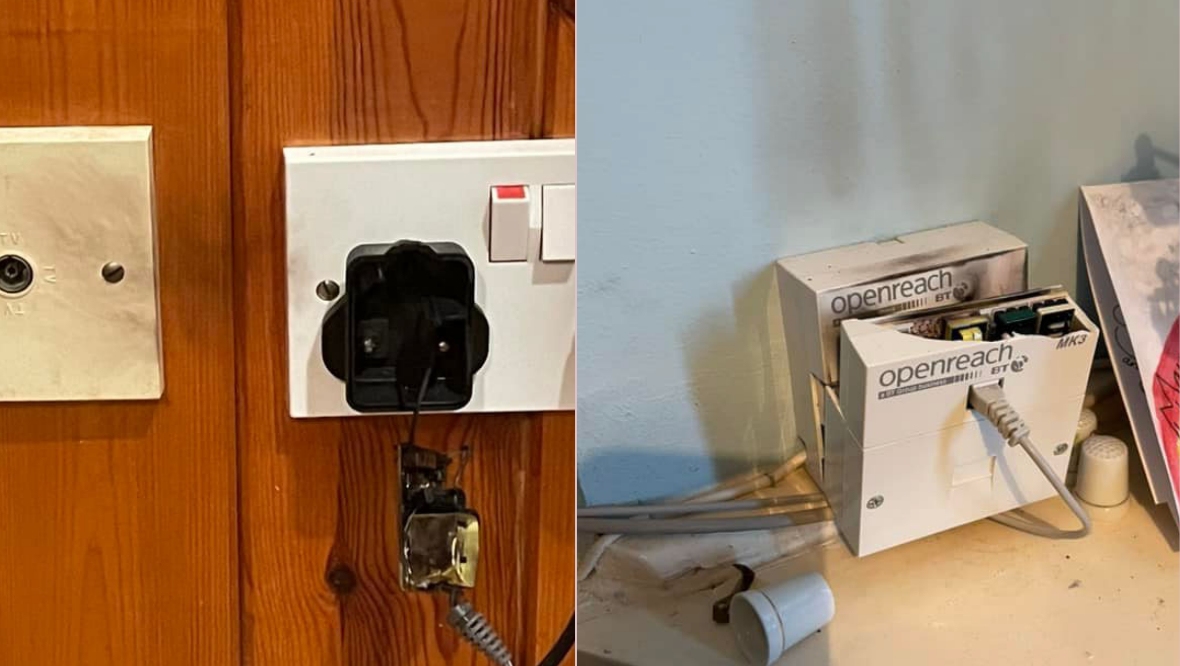 A man has captured the moment a lightning strike missed him by metres and hit his parent’s house in South Lanarkshire during Storm Dudley.

Stuart Franks was filming the effects of Storm Dudley outside their home on Greenlady Walk, Lanark on Wednesday, when lightning struck the house just metres from where he was standing.

The bolt caused sockets within the house to blow out, and CCTV cameras outside the home are no longer working.

Stuart, 33, said the strike was “too close for comfort” and confirmed that no one was harmed.

He said: “It all started when I looked outside my window to see strong winds and hail. I decided to take my phone and stand in the doorway to get some footage, unaware of what was about to happen.

“All of a sudden, there was a huge flash accompanied by an incredibly loud crack of thunder.

“It gave me the fright of my life and I knew that the strike that just happened was just meters away from me. It was too close for comfort.

“My heart is still racing.

“I went upstairs to make sure my mum and dad were okay, and luckily no one was harmed.

“As soon as I walked in, I could smell burning. There has been internal damage to the building as sockets were blown out.

“Everyone is safe and there is no further damage to the home that we yet know off, but the CCTV doesn’t appear to be working either.

“We are still looking for more internal damage within the building.

“However, we are incredibly lucky, especially myself, as it could have been much worse.”