Bomb squad were called to the scene in Glasgow after the discovery on Monday. 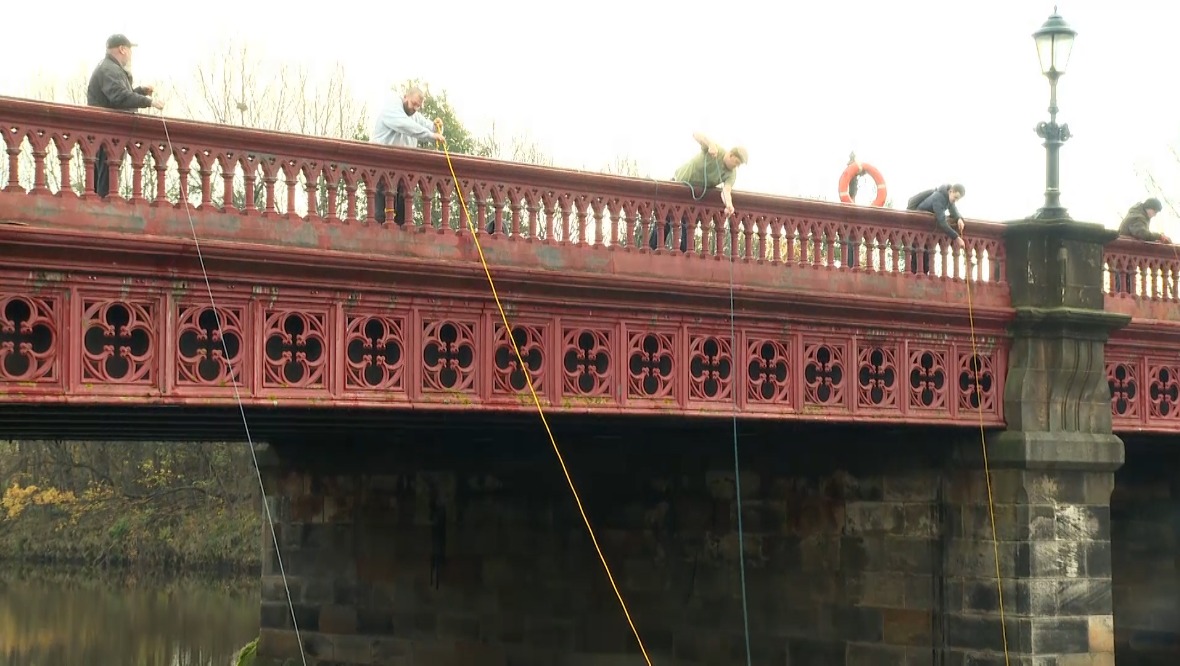 A magnet fisher thought he pulled a rock from the River Clyde – only to learn he’d hauled out an unexploded grenade.

Police and the bomb squad were called to Dalmarnock Road in Glasgow’s east end after the discovery on Monday.

Homes were evacuated and the street was closed while they dealt with the device, which was found by the Glasgow Magnet Fishing Group.

Members were left floored by the dramatic turn of events that came about from their latest find.

Paul McGeachin, who pulled the grenade out of the water from the bridge, said: “At first I just put it on the floor and got on with my day. I thought it was a rock, it was just surreal.

“The adrenaline rush was crazy, my heart stopped, what would happen if I blew myself or the bridge up.

“I’ve found a lot of stuff but this was my best day magnet fishing. My heart was in my mouth, I’m still shaking now.”

Mark McGeachin, who leads the group, said the activity has proven great for members’ mental health during lockdown.

He said this latest unexpected turn of events had only whetted his appetite to get back out fishing.

Mark said: “When we all figured out what it was I started shaking and turned a funny shade of magnolia.

“I didn’t sleep till two in the morning, it was nerve-wracking. But it’s a feeling like no other; you’ve found a bomb, a bit of Scotland’s history in the water.

“In my opinion we’re making the water safe. I don’t want to leave that there; I want to get them all out.

“Now I want to come out seven days a week and do this. I don’t know where the limit is but I want to find something good, a tank maybe.”