Emergency services were alerted to the incident at around 8.55pm on Sunday. 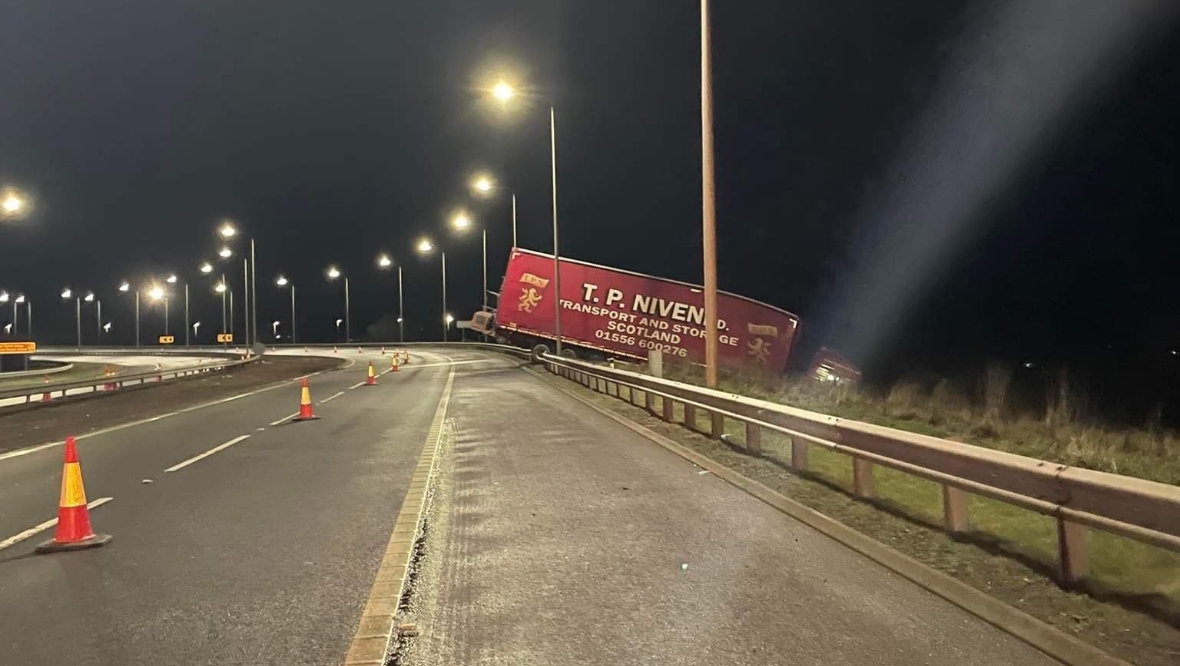 A lorry crashed through a barrier on the M90 after being “blown off” the road.

Emergency services were alerted to the incident at the southbound carriageway of the Scotstoun junction at around 8.55pm on Sunday.

The crash has left only one lane open at junction one of the M90, with recovery put on hold until Monday due to high winds.

No one was injured as a result of the incident.

It comes after the Met Office issued yellow and amber weather warnings across the weekend, as Storm Malek swept across the country.

A police spokesperson said: “Around 8.55pm on Sunday, 30 January, a report was received of a road crash on the M90 at junction 1, involving one lorry.

“Lane closures are in place and await recovery.”