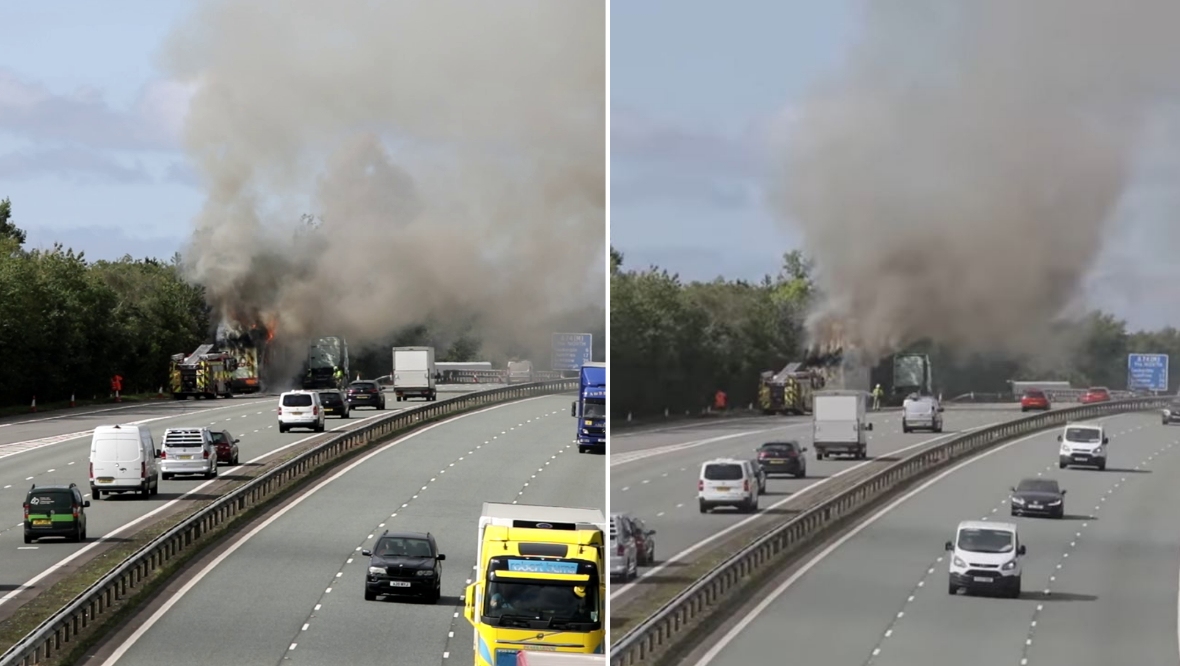 The M74 was closed after a lorry burst into flames on a busy motorway in Dumfries and Galloway.

Officers were called to reports of a trailer on fire at junction 19 of the M74 near Ecclefechan at around 12.40pm on Tuesday.

Fire crews were still at the scene and no casualties were reported as of 3pm on Tuesday.

The northbound carriageway of the busy motorway has been closed down with diversions in place at junction 19.

An SFRS spokesperson said: “We were alerted at 12.40pm on Tuesday, September 13 to reports of a trailer on fire on the northbound carriageway at Junction 19 of the M74, near Ecclefechan.

“Crews are currently still at the scene and there are no reported casualties at this time.”

A Police Scotland spokesperson said: “We were called to a report of a lorry fire on the M74 north of Ecclefechan at around 12.55pm on Tuesday, September 13.

“A road closure is currently in place on the northbound carriageway with vehicles being diverted off at junction 19.”