Pamela Bell is still feeling the effects of the infection and is on oxygen during the day and a ventilator at night. 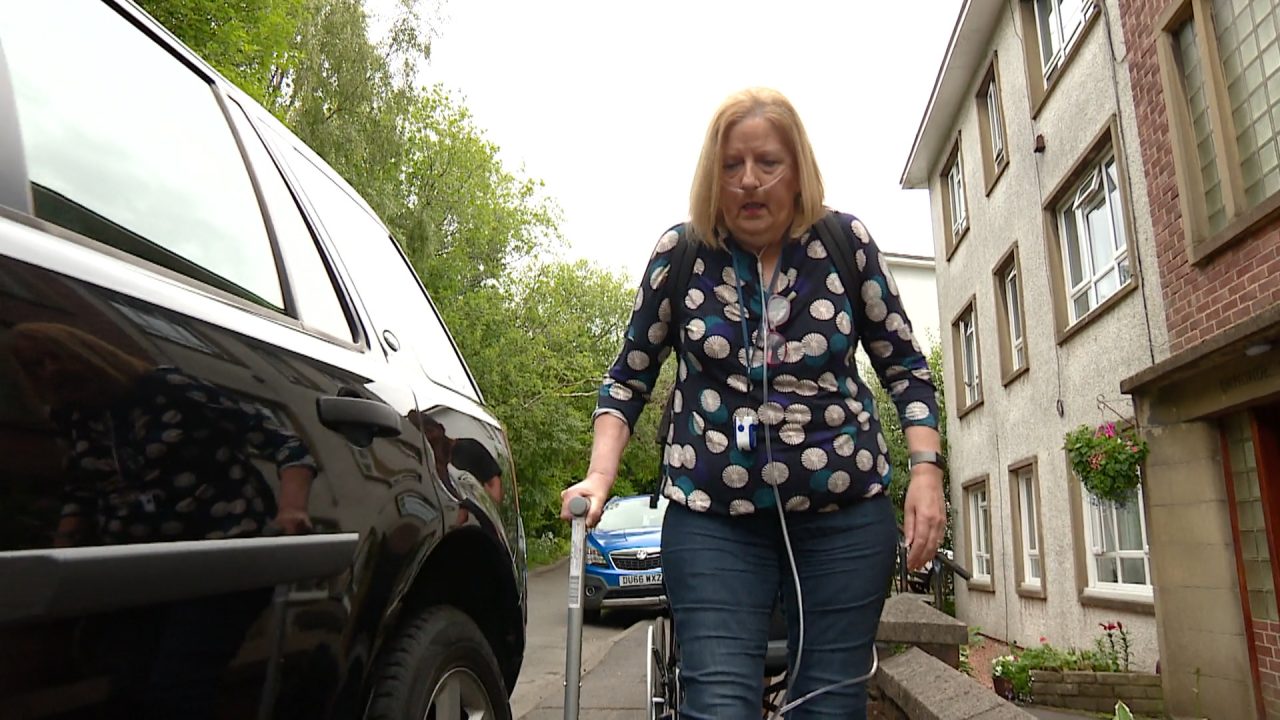 A woman who spent nine months in hospital after contracting coronavirus says she feels lucky to be alive, but is apprehensive about restrictions easing.

Pamela Bell is still feeling the effects of the infection and is on oxygen during the day and a ventilator at night.

The 62-year-old was admitted to the Queen Elizabeth University Hospital in Glasgow last September after testing positive for Covid-19.

She did not have a cough but had been vomiting for a number of days.

After months in ICU she was eventually admitted to a ward on Hogmanay where she began intensive rehabilitation to strengthen her body.

She said: “Nine months of my life has gone but I’m lucky it was only nine months. Lots of people have lost loved ones.

“I’m lucky and I thank everybody everyday for their prayers and their good wishes – I really do.”

Some days she wanted to “give up” but the support of the hospital staff kept her going.

“My physios I would say were the people who really brought me through, they would get me out of bed ‘come on you – you can do it’.

“They would sing to me, they would dance ‘come on you’ll be dancing and singing’ and they just worked me really hard” she says.

Pamela’s husband Duncan has given up work to care for her and she herself has had to leave the job she loved as a support worker at a school.

The pair walk along the street near their house three times a week as part of her rehabilitation, but she’s apprehensive about venturing further out into public – particularly with restrictions easing.

“If you’ve managed for all this time wearing a mask, please continue.

“Covid is not going away.

“It’s here to stay and there’s other strains that’ll be coming in that we’re not sure whether the vaccinations will fight them.

“I’m lucky that I’m strong and I was healthy beforehand and my body brought me through.”