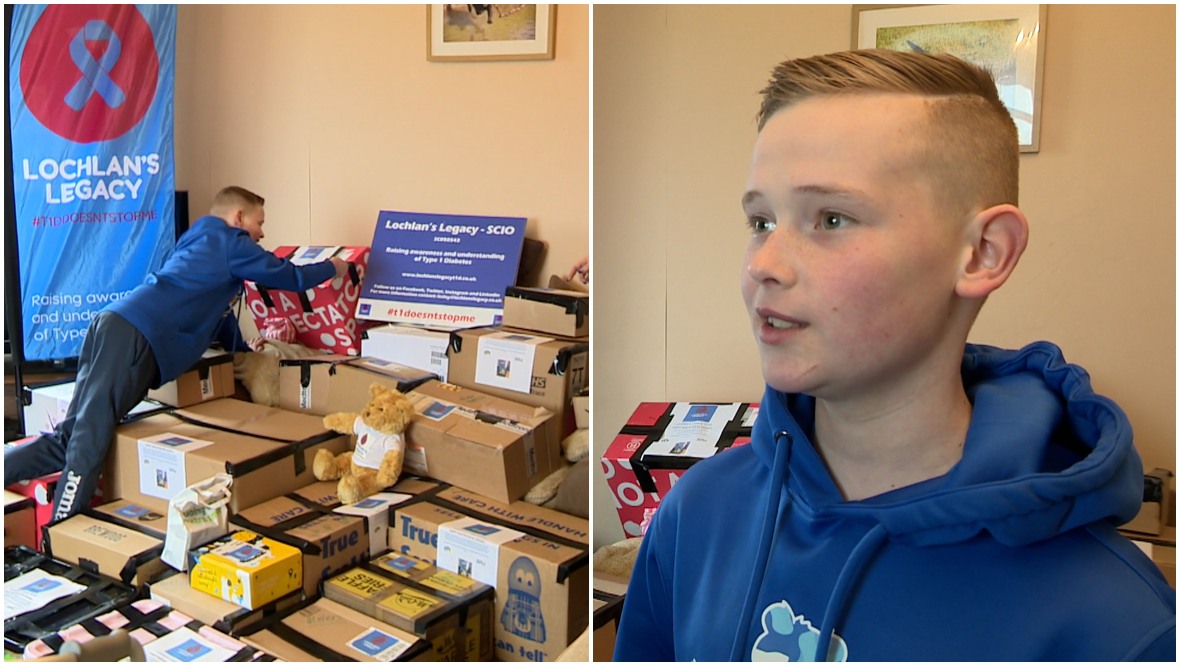 A Scots teenager has organised a van-load of diabetes supplies to be sent to Ukrainian refugees.

Lochlan Murdoch from Ayrshire became upset watching the news footage of Ukrainians fleeing their homes as the country was invaded by Russia.

As a Type 1 diabetic, the 13-year-old knows how difficult it is to manage the condition, and he became concerned for those like him thousands of miles away.

With the help of his mother Lesley, he launched charity Lochlan’s Legacy earlier this year to raise awareness of the challenges faced by those with Type 1 diabetes.

The mother and son duo appealed for surplus medicines that would help Ukrainian refugees with managing their blood sugar as they make lengthy journeys on foot across borders.

More than two million people from Ukraine live with the condition and it is estimated that 15 to 20,000 children in the country have Type 1 diabetes.

“If you escape from your home walking maybe 50km a day it’s hard to keep your diabetes under control.

“It’s not easy for me either. I play football which distracts me from my diabetes, but they’ve got war.

“A lot of people are dying because of it because they don’t have supplies, so that’s why we’re sending supplies to them.

“I get happy that other folk are getting better and maybe not dying.

“I saw it on the news and thought I want to do something, and it became huge. I thought maybe a few boxes would help now we’ve got a room full.”

Lochlan appealed for donations of test strips, spare glucose meters and lancets as well as sweets and non-perishables to help Ukrainian diabetics avoid developing hypoglycemia, which can be fatal.

A number of drop off points and collection points were set up across Scotland, with football fan Lochlan using his contacts in the sport to help out.

All of the items, totalling thousands of pounds in value, were sent to a specialist storage facility in Kent where it will be sorted and categorised.

The final leg of the journey is by plane to Poland where it will be distributed to refugees by doctors and pharmacists.