Life sentence for van driver who mowed down teenager

Dean Wright ploughed into 18-year-old Liam Hendry with a Transit van while high on drink and drugs. 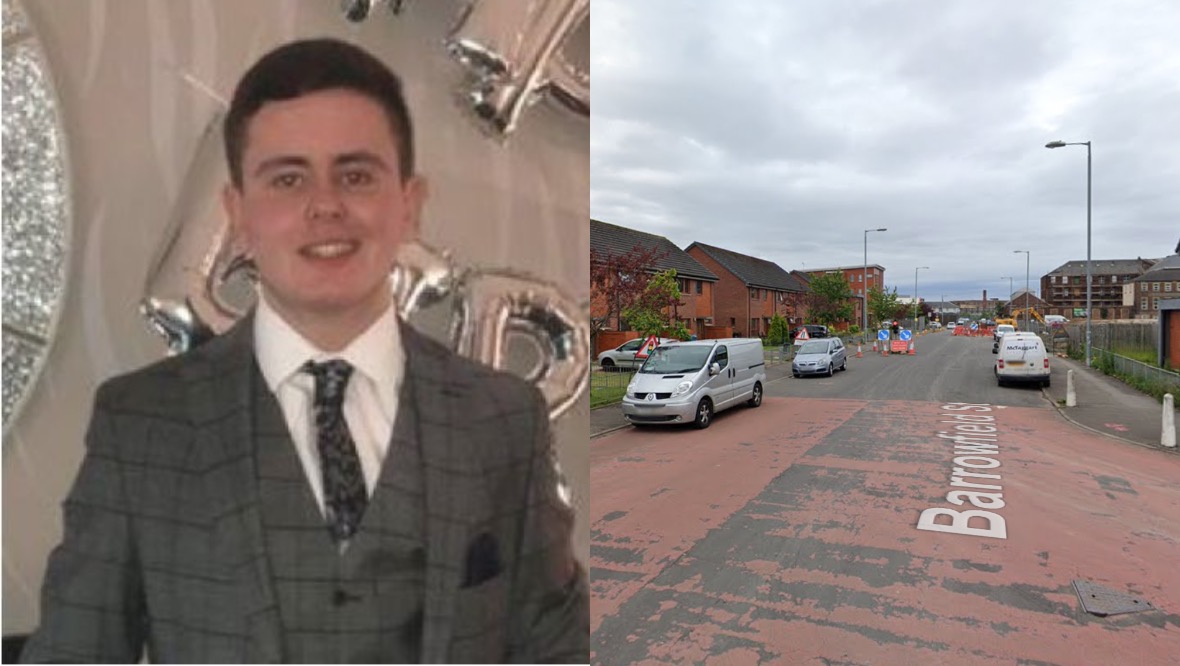 A disqualified driver who deliberately mowed down a teenager with a Transit van has been jailed for life.

At the High Court in Glasgow, judge Lord Arthurson ordered Dean Wright to serve at least 22 years before he is eligible for parole.

High on alcohol and cocaine, 32-year-old Wright drove at excessive speed and hit Liam Hendry near Celtic Park on September 29, 2019, causing him to smash onto the windscreen and suffer horrific head injuries.

Lord Arthurson told Wright: “You have visited on Mr Hendry’s family a life sentence of grief.

“You used your van as a weapon. This was a murderous attack on your victim who was unknown to you.”

Wright jumped in his van and drove into Barrowfield Street at speed before swerving and ploughing into Mr Hendry, who was standing close to the pavement.

Friends and other residents rushed to the dying teenager’s aid. At this point, the van did a u-turn and drove at four people who were trying to help Mr Hendry.

Wright was also convicted of attempted murder for driving at them.

Prosecutor Liam Ewing said: “The accused intentionally drove at Liam Hendry who was standing there. The accused came along looking for a target. Barrowfield Street is a dead end.

“There was no reason for that journey in the van other than a planned attack.”

Liam’s family issued a statement outside the High Court in Glasgow just moments after the sentencing.

It read: “Murder is not entertainment, what you see on the television is nothing like reality.

“What you don’t see on television is the cruel aftermath and the lifelong devastation when a person – a complete stranger -decides to wilfully and recklessly steal life from someone you love.

“We as a family will never ever recover from this perverted sadistic and evil act that was inflicted on our beautiful and loving son, Liam Hendry.

He was only 18-years-old. There is no sentence long enough for what that evil creature did and we witnessed that ourselves in court.

“There wasn’t an ounce of remorse shown, quite the opposite in fact. He looked like he was getting a kick out of watching his own actions as the CCTV of Liam’s last moments were being relayed.”

The judge praised the quiet dignity of Mr Hendry’s family, who were in court every day of the trial.

The court heard Mr Hendry had been at the home of his friend Daniel Ewing in Barrowfield.

Mr Ewing, 19, recalled going outside to see two gangs chasing each other – but Mr Hendry, who was not interested in “territories or groups”, initially stayed indoors.

But, as Mr Ewing went to return home, he spotted his friend across the street.

Mr Ewing said: “The van swerved right to where Liam was. I shouted, but, unfortunately, it was too late.

“It hit Liam and sent him up into the air. I was then with Liam the full time.

“I had him in my lap and there was a woman trying to give him CPR. I was begging that he was not dead, but I just knew.”

Mr Ewing said the van made a u-turn and came back towards them and he saw Wright was driving.

Jurors were shown CCTV footage of the incident, including the desperate attempts to save the teenager in the street.

Defence QC Tony Graham said: “Mr Wright asks me to apologise in the expectation it will offer little comfort to Mr Hendry’s family and friends.”

Celtic fans paid tribute to Mr Hendry by clapping for the entire 18th minute during a Europa League match against Cluj at Parkhead days after the murder.