Water restored to around 250,000 customers after burst pipe

Scottish Water carried out restoration works after around properties across the city and East Dunbartonshire were left without water. 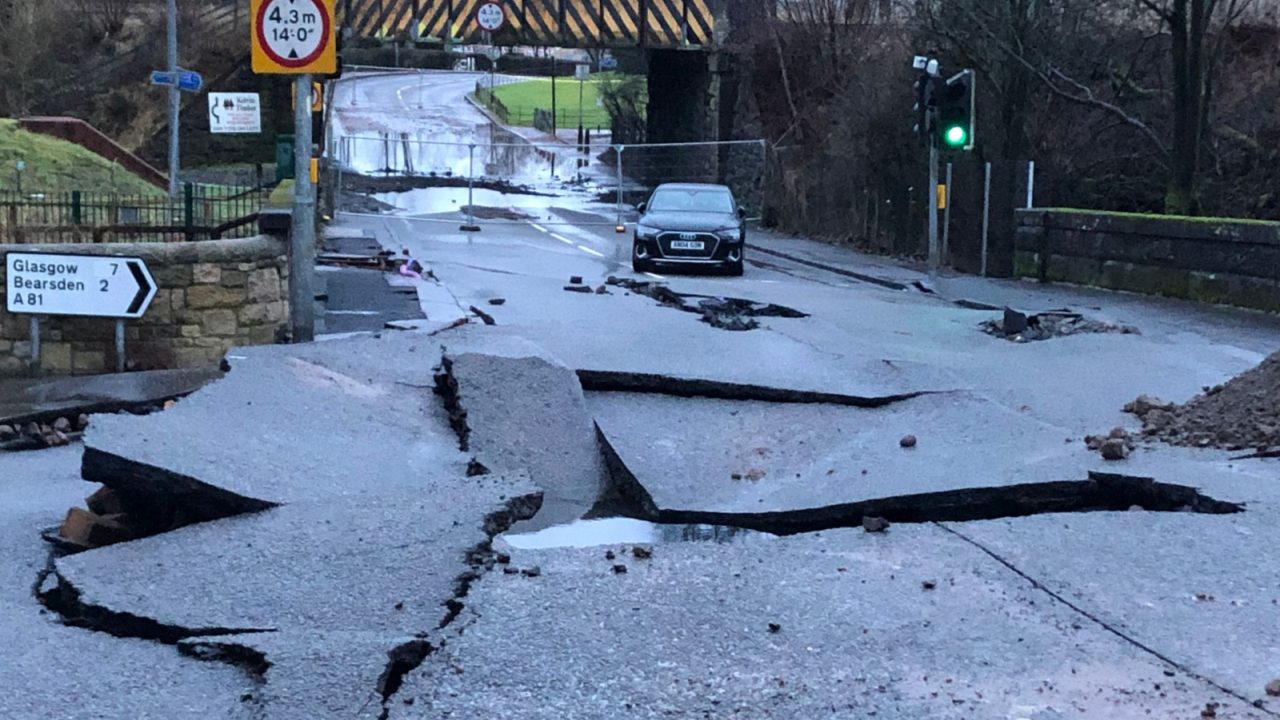 Around 250,000 Scottish Water customers were among those affected by a burst pipeline in Glasgow on Tuesday.

Restoration works were carried out by Scottish Water after around 100,000 properties across the city and East Dunbartonshire were left without water by a major burst to a main in Milngavie.

The incident occurred on Auchenhowie Road where the 36-inch main is located.

Police and the fire service were called to the scene and the road was shut to drivers.

The burst, which was a result of flooding, caused disruption to Glasgow city centre, Knightswood, Yoker, Scotstoun, Partick, Kelvinside, Tradeston and Ibrox.

Those attending the Lewis Capaldi gig at the Ovo Hydro experienced water shortages with the venue forced to close some toilets leading to long queues forming.

Hydro bosses said the issue was beyond their control but that it prioritised customers’ safety.

Scpttish Water have warned that some customers may continue to experience some disruption to their water supply but say overall supply has been restored.

A spokesperson for the SEC said: “Unfortunately the water supply issues in Glasgow this evening resulted in minor, intermittent impact.  The safety and comfort of our customers is our priority, and the issue is beyond our control. Scottish Water has confirmed it will be resolved by 10pm.”

A Scottish Water spokeswoman said: “Supply has been restored to all customers impacted by this major burst. A small number of customers may still be experiencing no water or low pressure whilst the system continues to recharge and recover, which we expect to be completed during the early hours of the morning.

“This was a major burst which impacted a large number of people in and around Glasgow, we thank everyone for their patience while our teams worked hard to restore supply as quickly as possible.”

“Some customers may experience low/intermittent water pressure or discoloured water. If water is brown discoloured this is the natural lying sediment within the mains that has been disturbed and customers are advised to allow their cold water kitchen tap to run at reduced pressure until this runs clear.

“The burst caused some localised flooding and damage to some roads. Repair work to the pipe – and other areas impacted – will require some road closures and diversions and information about these will be provided.

“Scottish Water will keep people in areas where work will be carried out updated over the coming days and thanks people for their ongoing patience.”