The Hollywood actor was spotted at the UNFCCC Pavilion on Tuesday morning. 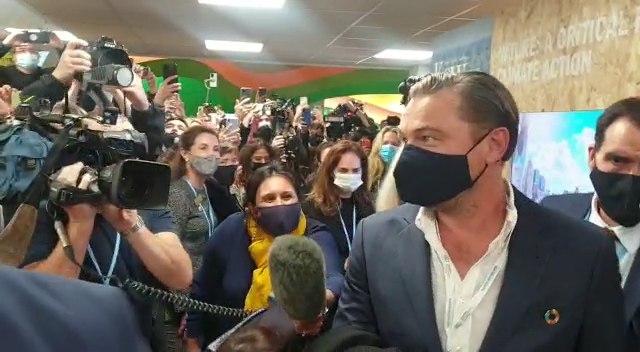 Leonardo DiCaprio has jetted into Scotland to attend the COP26 summit in Glasgow.

The Hollywood actor was spotted at the UNFCCC Pavilion on Tuesday morning.

DiCaprio made an appearance on the second day world leaders take to the stage to discuss the climate crisis.

The 46-year-old was also spotted at the Engine Works venue in the city’s Maryhill on Monday night.