Dozens of kids and their parents were given a tour of the premiership ground and some even took to the pitch. 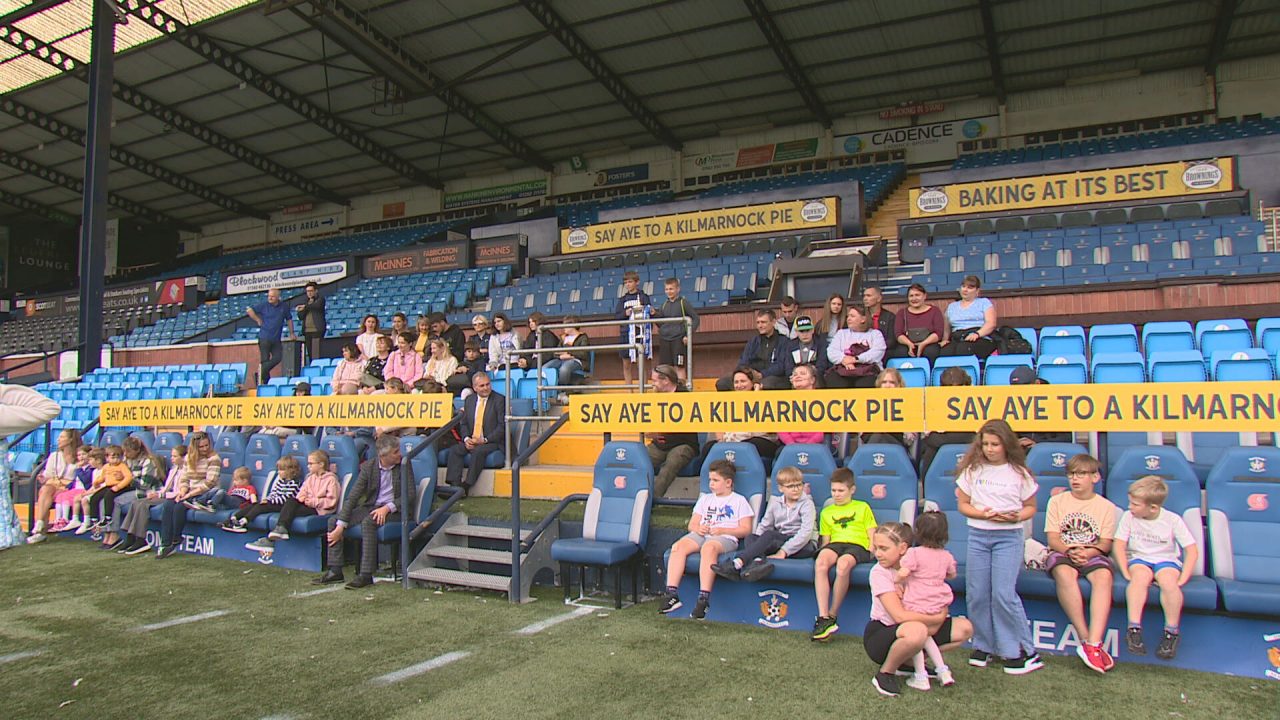 Dozens of kids and their parents were taken around the premiership ground and some even took to the pitch ahead of the club’s return to the top-flight this season.

“Community is really important for us,” said former Killie defender Ray Montgomerie, “It’s a huge thing [having these kids here] because the football club has a huge part to play within the community.”

Many of the families have been in East Ayrshire for the summer months after the council supported the super-sponsor scheme, giving temporary accommodation to those who had fled the war in their home country.

Some children started school ahead of the summer break, others will start in the new school year.

“My kids are really enjoying being at school here and they have already found new friends. They really like the schools and they are very happy here,” said Maria Yosyiv, whose two children are now at school in the town.

“Our children have already experienced a lot of stress and anxiety and now they are here they have lots of things they didn’t have back home. We can now finally relax and we feel relieved at last,” said her sister Inna Zavantska.

Diana Koltosova and her son Mykola are staying with a host family in Kilmarnock.

Mykola starts school in August. The first classroom he will ever spend time in will be in East Ayrshire.

“He’s enjoying his time here, he has new friends who will be his future classmates,” said Diana.

“It took us a while to get Diana here,” said Mandy Murray, who is hosting Diana and Mykola at her home.

“The school has been absolutely brilliant, the kids have sent wee videos to welcome him.

“I’ve got a granddaughter at the school as well, so it’s great.”

All the kids pulling on their strips will be starting their new schools in the coming weeks – and clubs bosses will be hoping they’ve found a new group of lifelong fans.