Mum of five and author of 18 books dies suddenly after catching coronavirus. 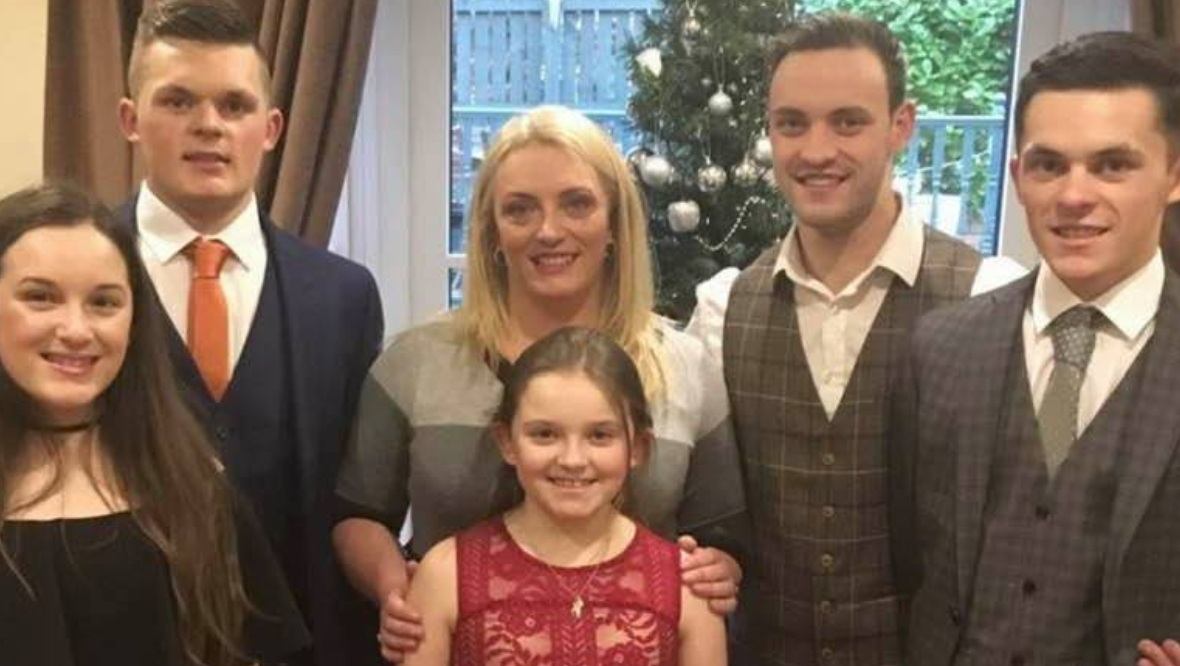 The heartbroken family of a mum-of-five have told how her life’s dreams were just starting to come true when she died from coronavirus.

Karen Conway died suddenly on January 18, leaving behind her husband Paul, 43, and their children.

The 44-year-old author had only stepped back from the family-run butcher business last month in order to focus on her writing and help other budding novelists get published.

When Karen told him about her desire to write, Paul said he did everything he could to support her.

Six years ago, she completed her first novel under the pen-name Karen Frances. It was the first time she had written since high school.

Positive feedback spurred her on and she wrote a further 17 books, developing friendships with fellow authors and her readers.

“We had planned our future together… Whoever could have seen [this] in the 21st century. It is killing people.”

Paul said he was full of pride watching his best friend discover a passion that made her so happy.

He said: “We had planned our future together, and now this is something that could have been avoided.

“Whoever could have seen [this] in the 21st century? It is killing people.”

Karen suffered from fibromyalgia, and no treatment seemed to give her relief from what Paul called her “daily struggle”.

But despite her constant pain, Paul said, Karen’s smile and positivity were constant and always beautiful.

Karen was not in a shielding category, she was not considered vulnerable to Covid-19, instead she worked throughout 2020 as a key worker in the family business, Paul’s Quality Butchers, in Condorrat.

“I didn’t think she wasn’t going to be with us four days later.”

While the shop continued to serve regular customers, Karen prioritised making free deliveries to those who were self-isolating or shielding in their homes.

Paul said that Karen wanted to help however she could as part of the community in Condorrat, Cumbernauld, particularly as the main driver for the family business as it donated food parcels to local charity Cumbernauld Resilience.

“That was just Karen,” Paul said.

When Karen started feeling unwell she brushed it off as a flare-up of her fibromyalgia.

But on Wednesday, January 13, she lost her voice and that evening she booked a coronavirus test.

When the positive result came back the next day, she was still able to sleep peacefully, her breathing was steady and the family doctor prescribed her an antibiotic.

“This year was going to be her year.”

Paul was concerned and an ambulance was called to take her to University Hospital Monklands in Airdrie.

He said: “I didn’t think she wasn’t going to be with us four days later.”

Karen was put on a ventilator and sedated with her family unable to visit her.

On Saturday, January 16, medical staff helped Karen have a video call with Paul and three of her children, and while she couldn’t talk because of the ventilator tube, she was able to wave and communicate.

Her face was full of smiles which gave the family comfort. That was the last time they saw her.

The whole family has been in isolation since Karen developed coronavirus.

As his older children try to remain strong and supportive, Paul’s priority is keeping Karen’s legacy in the forefront of everyone’s hearts and caring for his daughters, including making sure they continue their home schooling.

Last week, Karen’s 18th book was published but was too ill to promote it.

Since her death, members of the book community have shared her work in an effort to help give her a lasting legacy.

At the time of her death, Karen was close to completing a major new project into which she had put hours of research.

Through a fund set up by one of her closest friends, Suzie Cairney, the family hope to preserve her memory forever.

Paul told STV that his wife of 23 years brought happiness to readers by creating worlds for them to escape to through her words.

Opening her book and gift shop, The Room Upstairs, above the butchers in Condorrat was another step on her journey to realising her dreams.

Paul said: “This year was going to be her year. Her year to help other budding authors take their dreams into paper and to showcase her own work.”

On Thursday, February 4, Karen’s memorial will take place at Eden Village in Cumbernauld before she is interred at Eastflied Cemetery at 2pm.

In accordance with coronavirus restrictions, only 20 close family and friends will be able to attend, but the family hope those who wish to pay their respects can do so as the funeral cortege passes through Condorrat.