Teacher 'blown away' after winning award for anti-racism campaign

Katie D'Souza, who works at Newark Primary in Port Glasgow, has been recognised for her anti-racism work. 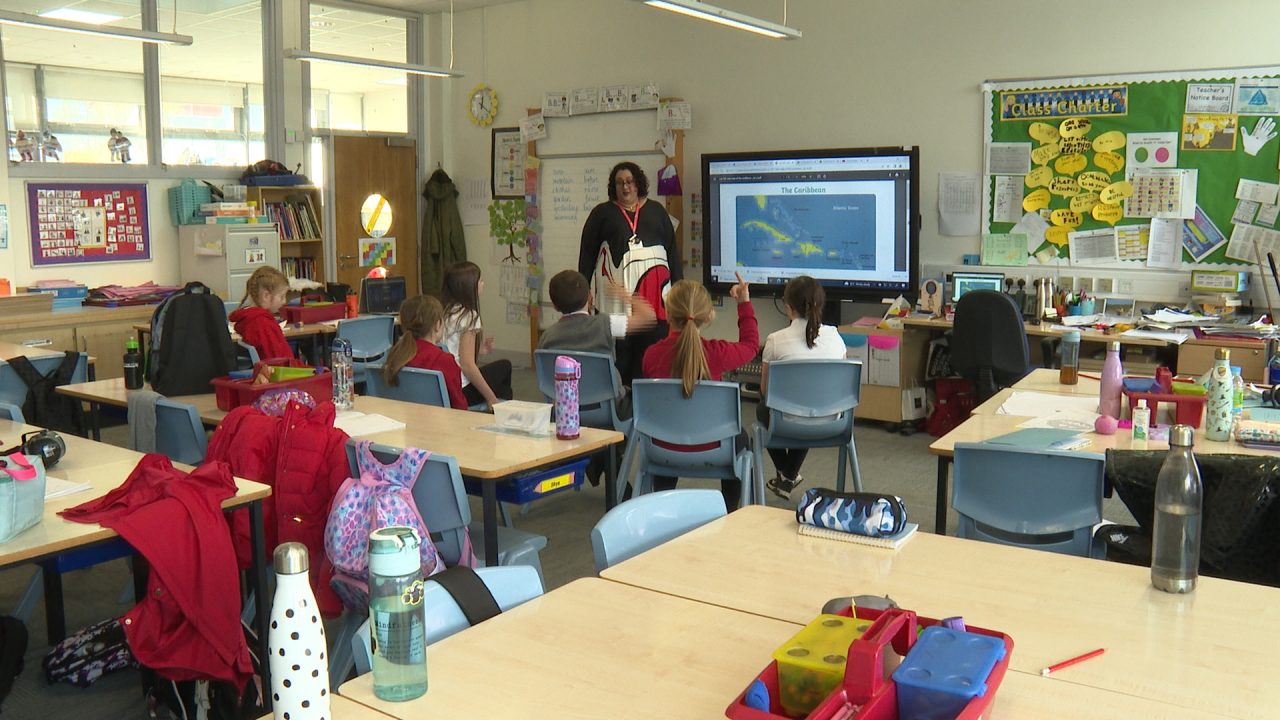 A teacher who has won a national award for her anti-racism campaigning says she’s ‘blown away’ to have been recognised for her work.

Katie D’Souza, who works at Newark Primary in Port Glasgow, has been named the joint winner of this year’s General Teaching Council for Scotland Saroj Lal Award.

It celebrates the work of teachers who actively challenge discrimination, demonstrating a pioneering spirit and determination to promote and facilitate a culture and ethos of equality and diversity.

She told STV News: “I was absolutely blown away because I wasn’t expecting it at all.

“I just thought this isn’t an award for me, this is for somebody who’s doing something really spectacular, something much grander than I’m doing.

“I’d had my interview and had been quite calm about it because I thought there was no chance of me winning, there’s no pressure on me because this isn’t going to come to anything, so I was very surprised.”

The award is in honour of Saroj Lal, a trailblazer working at the forefront of multicultural and anti-racist education in its early years and laying the foundations for many others to build on.

Katie set up an anti-racism group with pupils who campaigned for equality and diversity by creating posters displayed around their school and community.

They also visited local businesses to share their learning and promote their anti-racist message.

Newark Primary pupil Blair, ten, said: “Doing the posters, putting them around town is really good because then people will get the message, like Show Racism the Red Card.”

Naeem, nine, added: “People have to be kind to other people and think how they want to be treated.”

Mya, ten, commented: “It was really good that we were spreading the message that racism isn’t a nice thing to do.”

Charlie, seven, echoed the importance of fighting racism, saying: “It’s been really good because it’s telling people that you’re all equal and you should be treated the same.

“If you were to bully, then think about how you would be if you were bullied about your skin colour.”

The Newark teacher is also involved with Inverclyde Council’s inclusive education team and is supporting work to deliver learning on the area’s historical links to the transatlantic slave trade to all S2 learners this year.

In addition, Katie joined a Building Racial Literacy programme offered by Education Scotland and used this professional learning to inspire colleagues to make small but impactful changes to their inclusive practice.

Newark Primary headteacher Lauren O’Hagan said: “When I first said to Katie that I would like to nominate her for the award, she laughed at me and said this wasn’t for her and she was just a teacher, which is ridiculous.

“We need people exactly like Katie to be in the classrooms at the chalk face, spreading the word. She’s the one that’s empowering the children, parents and the people in the community and we’re so pleased she’s been recognised.”