‘I was treated for coronavirus by my own colleagues’

A nurse recalls his Covid battle as hospital gears up for another wave of cases. 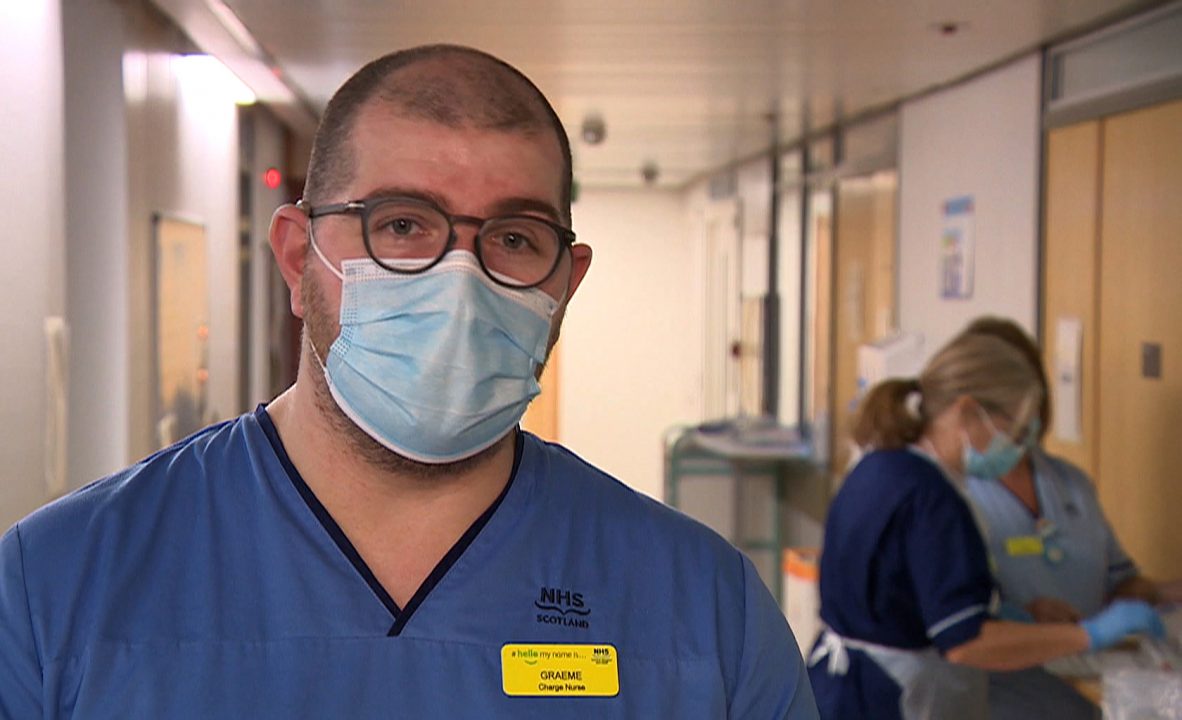 A nurse who caught Covid was treated by his own colleagues at the hospital where he works.

Graeme Birnie required oxygen treatment and ended up in the high-dependency unit at the Royal Alexandra Hospital in Paisley.

The 33-year-old fell ill just a few days after getting the vaccine and said it took four months to fully recover.

As he and his co-workers prepare for an expected rise in patients over the coming weeks, Mr Birnie told STV News it was initially hard to return to work.

“It took three or four months to recover to a point where I came back to work, but even then the drain on my body was ongoing,” he said.

“It was hard. I still don’t remember much about being in hospital during the early days of treatment, so I did have anxiety coming back.

“I had a lot of support from the team and now I’m helping nurse the patients in that situation now.

“I love my job, I love nursing. I’m more a Covid nurse now than any other type, and I’m just happy to be here.”

STV News reported earlier this week how staff at RHA were “living in fear” of a new Covid wave, further stretching an NHS already struggling to cope.

Political leaders have urged people to make sure they are fully vaccinated – including a booster jab – to help fight the spread, a message echoed by Mr Birnie.

“I would urge anyone to get the vaccine,” he said. “Give yourself the best chance.”