‘I thought endometriosis symptoms were natural part of being a woman’

Radio presenter Katy Johnston has spoken out about her experience of living with endometriosis. 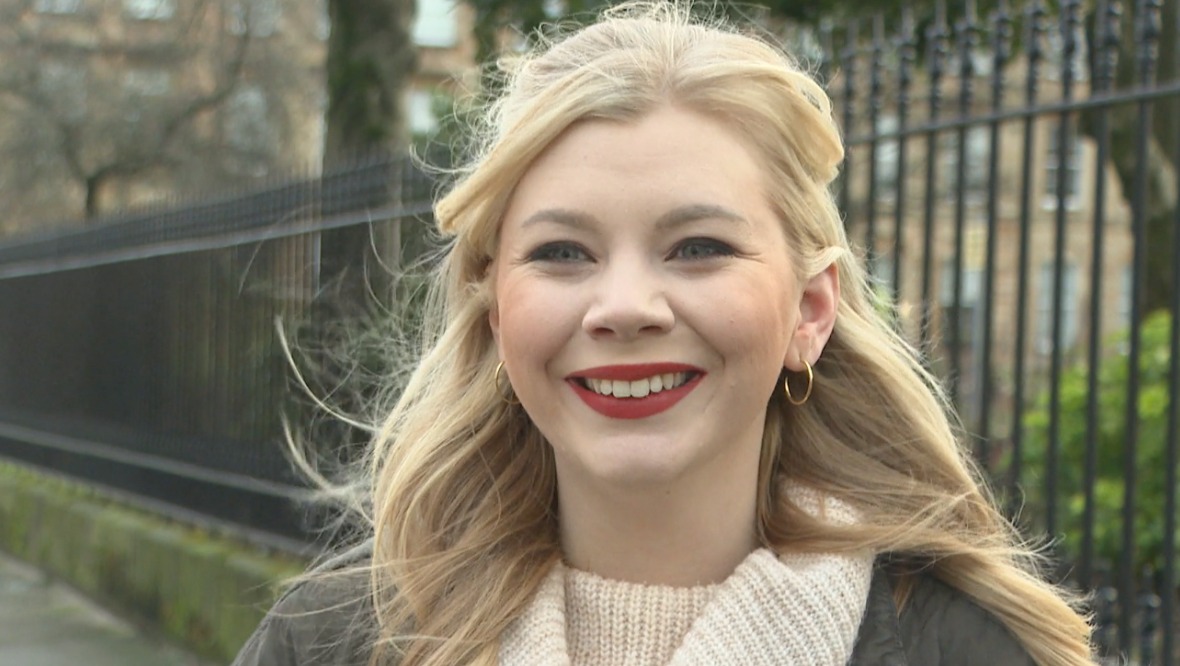 For ten years, Katy Johnston lived in agony, suffering from intense period pains that could result in blackouts and trips to A&E.

The Capital Scotland radio presenter would “grin and bear it”, taking painkillers while cuddling a hot water bottle, but the pain could become so severe she would be given morphine in hospital after blacking out.

“I just kind of wrote it off as a natural part of being a woman – I thought I was weak for not being able to pull through it,” she said.

Four years ago, the 26-year-old was finally diagnosed with endometriosis, a condition where cells similar to those found in the lining of the womb are found elsewhere in the body.

The cells react during a person’s menstrual cycle, but with nowhere for the blood to leave the body, scar tissue can form and cause inflammation and severe pain.

Endometriosis can also make sufferers feel fatigued, depressed and impact their fertility and there is currently no cure.

Although Katy was relieved to finally know what was causing the pain, she was shocked it had taken almost a decade to be given a diagnosis.

“The pain that people who have this condition experience really is no laughing matter, a study was done recently which showed [the pain] was akin to a heart attack,” she said.

Katy was also shocked by some of the advice she was given to “manage” the condition.

“People say things like ‘get pregnant’, which is difficult enough as it is with this condition, or ‘have a hysterectomy, that will sort you out’,” she said.

“That’s never going to be a solution, certainly not for a young person and to be honest, it doesn’t work.”

Katy has been placed on artificial menopause twice in an attempt to manage her symptoms but a planned operation has been put on hold due to the ongoing coronavirus pandemic.

“I’ve been waiting for surgery for two years and in that time my symptoms have worsened, the results of my scan are quite horrifying actually,” she said.

“It wouldn’t have been the case had I been seen when I was meant to be seen due to the pandemic.”

An ambassador for Endometriosis UK, Katy is passionate about raising awareness about the condition and has opened up on social media in a bid to get people talking.

“Some of the messages I’ve received over the years have been devastating, heartbreaking and unfortunately a lot of people are still struggling today without access to proper treatment,” she said.

“I think anyone would agree that that is far too long for anyone to be in pain, certainly this level of pain.”

Now Katy is campaigning for waiting times to be reduced for endometriosis patients in Scotland.

“The big issue we face in Scotland is the wait times, it was ten years from my symptoms starting to diagnosis and that’s not far off the average, it’s eight and a half years in Scotland,” she said.

“We need to get those wait times down and make sure that the people stuck in the queue are seen and given proper treatment.”