‘I owe it to myself to experience everything’: Amputee wing walks for charity

Cor Hutton flew to heights between 100 and 700ft strapped onto a plane. 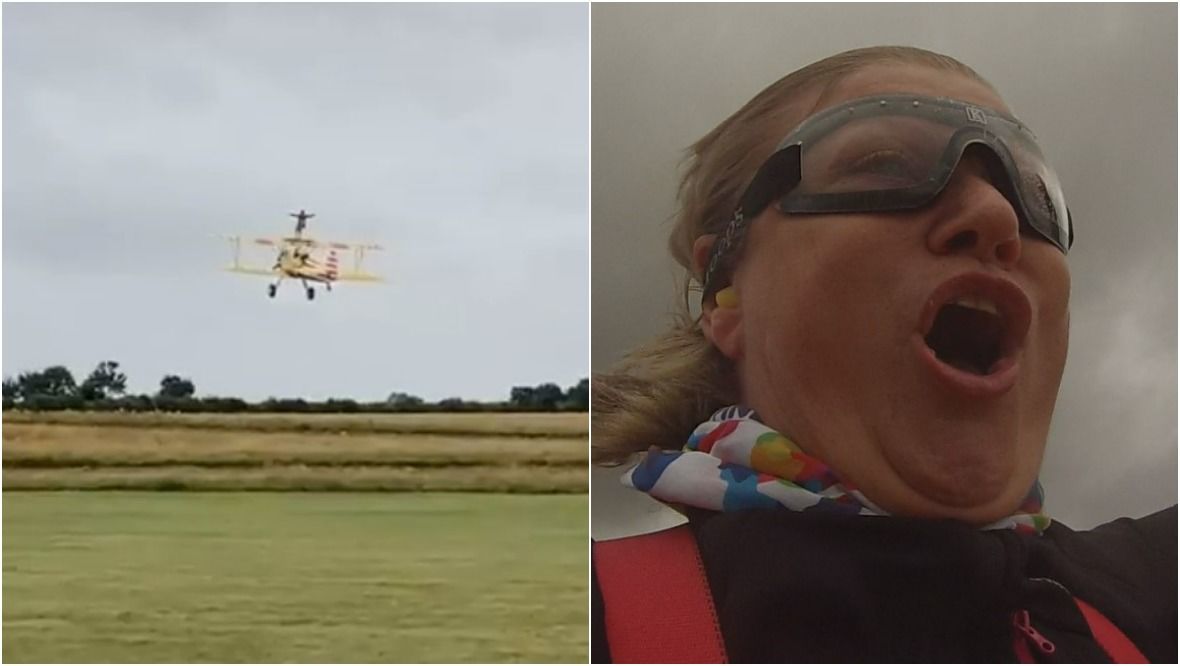 A charity founder and three supporters wing walked on Sunday to raise money to help amputees throughout Scotland.

Finding Your Feet (FYF) founder, Cor Hutton, strapped herself to a plane and took off in Wickenby Airfield, Lincolnshire.

Hosted by The Wing Walk Company, each person flew to heights between 100 and 700ft at speeds of upto 110mph.

Cor took on the challenge to raise money for FYF and has recently announced the opening of a Charity Hub in Paisley, where local charities will be able to operate from.

Cor said: “Last year, after a very excited six hour drive to Lincoln, we were gutted to be called off and sent home the next morning as wind speeds were too wild.

“So to finally get up there on Sunday and do it was incredible.

“I have to say I was a bit worried about my prosthetic legs and if they would affect me doing it any way, but they didn’t at all.

“It’s just another pulse-racing challenge I can tick off the list.

“I often wonder what possesses me to do these things, then I remember that this is living and I owe it to myself, my family and my hand donor to push it to the limit and experience everything while I can.”