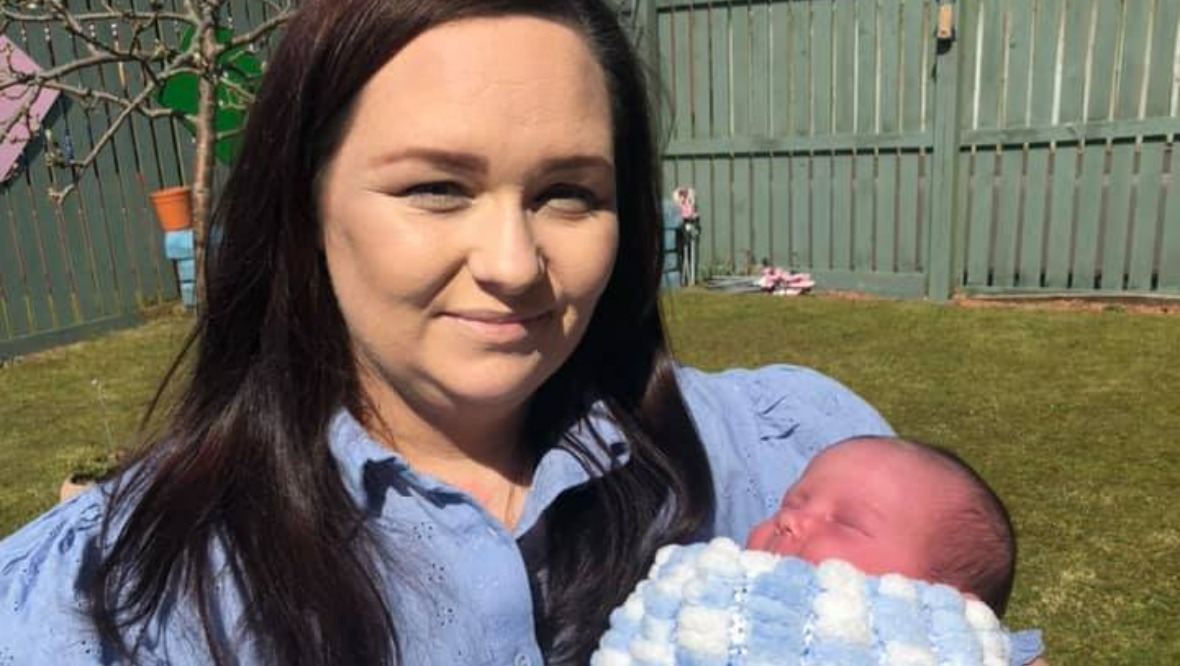 Even before he was born, Mechelle Smith described her son as “mummy’s little miracle”.

That’s because after testing positive for coronavirus, pregnant Mechelle was in intensive care, fearing for both her son’s and her own survival.

Now at home with her baby boy, those days feel like a distant memory for the 35-year-old from Kilmarnock.

“I look at Billy now and it’s all in the past, he’s perfect,” she said.

STV News last spoke to Mechelle in February, when she described her battle with Covid as the scariest time of her life.

The diabetic mum was 28 weeks’ pregnant when she was placed in a medically induced comma. After 18 days in hospital, she was allowed home for her youngest daughter’s first birthday.

Her fourth child was due to be born on April 17, but was delivered three weeks early on March 25 by emergency caesarean section.

Mum and son are now thriving and little baby Billy has been the centre of attention for his three besotted big sisters.

Mechelle said: “I’m absolutely elated and so in love with him. Sometimes I can’t believe he’s here considering everything he has been through.

“[During the final weeks of pregnancy] I had problems with my blood sugars, pains I hadn’t had before. I was feeling really breathless and I didn’t know if that was due to Covid or the pregnancy.”

The effects of Covid linger for Mechelle; her aftercare includes help to deal with post-traumatic stress.

However, the progress shown by mother and baby boosted the spirits of the medical team at Crosshouse Hospital in Kilmarnock, with staff eager to visit the new arrival.

“I felt like a celebrity,” said Mechelle. “It was funny, but it was lovely.

“Everywhere we went, they were like ‘is this the miracle baby?’. One of the nurses who looked after me in intensive care was also a midwife, so she was there too when I was readmitted.”

The easing of coronavirus restrictions has now given friends and relatives the chance to meet the new family of six.

Mechelle said: “Hopefully over next few weeks and months, we can get him out and about to see people and also my other daughter, Jessica.

“She was born just before the first lockdown last year. We still have family and friends who haven’t met her yet.”