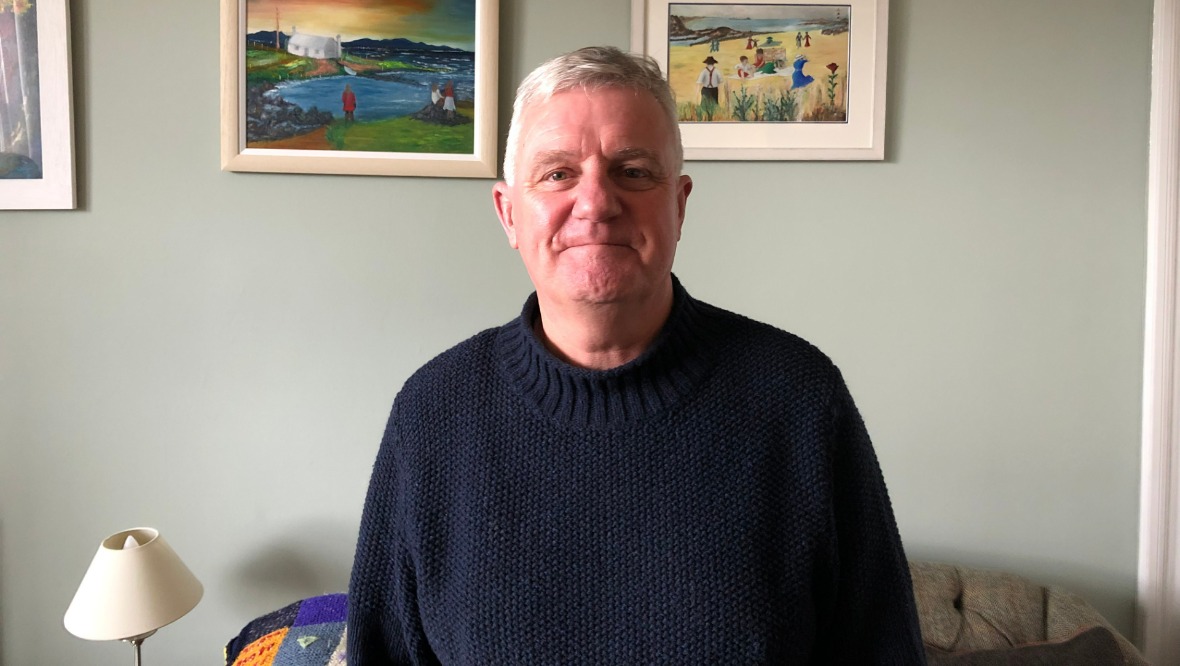 A grandfather who survived bowel cancer says advances in research meant he didn’t see his diagnosis as a “death sentence”.

Iain Kerr, 66, was shocked when he was told he had the disease in January 2014 – just three months after moving home to Scotland from south-west England to retire with wife Wendy.

Then aged 58, the move meant Mr Kerr was eligible for Scotland’s bowel cancer screening programme, which led to the discovery of a tumour in his lower bowel.

He told STV News: “I said this to my family, ‘you know, you mustn’t see this as a death sentence’.

“The surgery that I had was a bit leading-edge, ground-breaking as well, so research led to that surgery and so that to me was just a major and significant factor in all that I experienced.”

Following the surgery Mr Kerr, from Helensburgh in Argyll and Bute, was told he wouldn’t need any further treatment.

He said: “You wake up grateful and if you read any stories of cancer patients, you make the most of every day and significant things have happened in my life.

“You know, family, weddings, I had the birth of my granddaughter recently which is a significant thing – seeing my children continue in their lives.”

Funding of £12m from Cancer Research UK will be used to accelerate work into diagnosing and treating cancers which are among the most prevalent in Scotland, including bowel cancer, mesothelioma, liver cancer and brain tumours.

Experts will receive the investment over the next five years for their ground-breaking work, as part of the development of a unique chain of cutting-edge research hubs around the UK.

Professor Gareth Inman, Cancer Research UK Scotland Centre, said: “Through cancer research, survival rates from cancer have actually doubled over the last 20 years and without that research that just wouldn’t have happened.

“But obviously, we still need to do much more and we really want to improve those long-term survival rates and the only way to do that is by investing in research – to find new treatments, new ways of delivering treatments, and also delivering the right treatments for the right patients is really important.

“So, things are moving on really well but there’s still lots to do and of course we won’t rest until we’re making much better progress.”