Husband tells of loss of wife, son and friend in loch tragedy 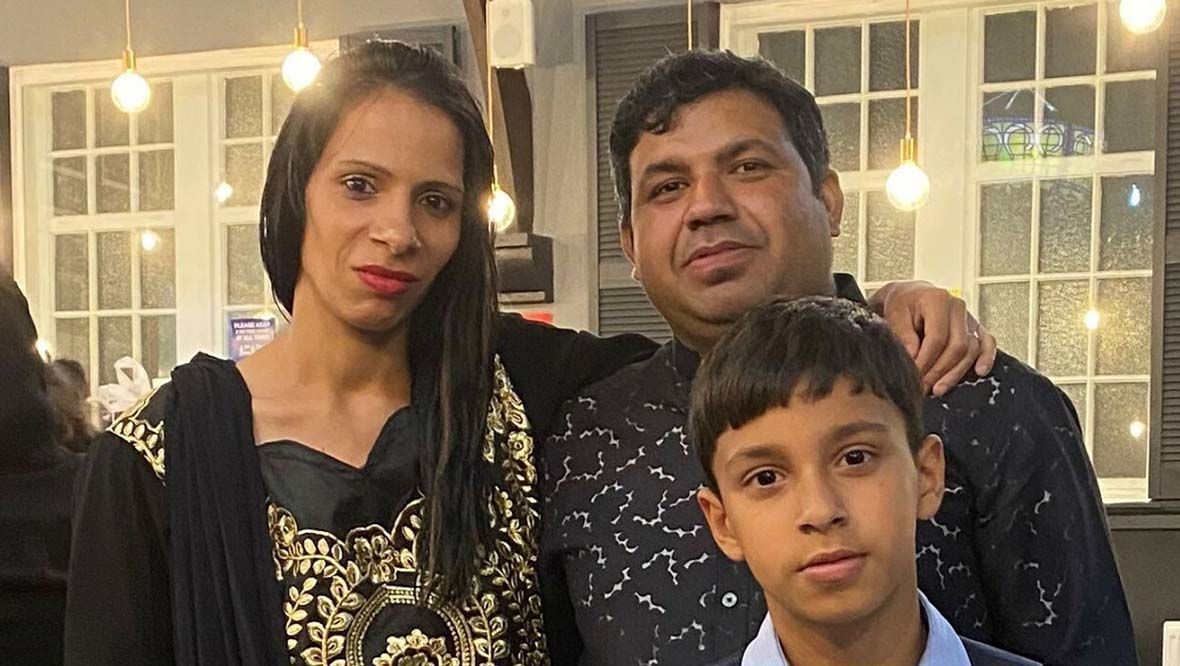 A widower has told how he tried in vain to save his drowning wife in a tragedy that also claimed the lives of his nine-year-old son and a family friend.

Edina Olahova, 29, and Rana Haris Ali, nine, and Muhammad Asim Riaz, 41, died after getting into difficulty in the water near Pulpit Rock at Loch Lomond on Saturday evening.

Waris Ali said they had stopped at the beauty spot as they headed home from Skye.

The children were on a pier and went into the water thinking it was shallow but it was “too deep” and they “went under”.

He told Sky News his wife saw the children drowning and the adults jumped in to save them.

He spoke of trying to save his wife: “I managed to stay afloat and head towards the shallow water, but when I got out, I saw my wife’s hands outside and just her eyes out of the water.

“I took my shirt off and threw it to her so she could grab it, but she couldn’t.

He said a Scottish man saved Mr Riaz’s son but could not rescue the other three from the water.

“I was trying to save my wife for some time, took my shirt off but realised I couldn’t do anything to save her.

“And the guy who came couldn’t save anyone else, just Asim’s son,” he said.

The seven-year-old boy was was taken to hospital.

Three further people died in separate incidents in Scotland’s waters at the weekend, making it one of the worst in memory for the fire service, according to a senior officer.

“Like everyone else across the country my thoughts are with the families of those who are grieving loved ones right now.”

She added: “These tragedies are a reminder that the beauty of some of our waters often belies the dangers they hold.

“Even if you think you’re a good, strong swimmer, if you don’t understand the current or the depths or the impact of sudden cold water on the body, then you can be putting yourself in real danger.

“I think we’ll want to reflect on what more can be done to educate young people about the dangers as well as the beauties of water.”

Police Scotland deputy chief constable Will Kerr urged people to be aware of the “float for your life” campaign, which urges swimmers who find themselves in difficulty to float as much as possible and call for help.

He said: “We’re realistic and practical, we’re not going to stop everybody going into the water in this beautiful weather.

“Please, please, we want to avoid any more of these terrible tragedies.

“Just be very, very careful when you do so and make sure you know the advice on how to protect yourself and save yourself if you do get into trouble.”

Alasdair Perry, a deputy assistant chief officer for the Scottish Fire and Rescue Service, told BBC Radio Scotland’s Good Morning Scotland programme: “This is the worst weekend in relation to incidents of this nature I can remember and I’d like to offer my condolences and those of everyone at the Scottish Fire and Rescue Service to all those affected by this weekend’s tragic events, and in particular to the friends and families of all those involved.”

Simon Jones, the executive lead for water safety at Loch Lomond and the Trossachs National Park, added: “It’s been a terrible week in the park and across other parts of Scotland as well for tragic events.

“Our deepest sympathies go out to friends and family.

“We can’t remember a period like this, many of our staff were closely involved and it’s been very traumatic for people involved.”

Mr Perry urged those swimming in open water to adhere to safety advice, not to leave young people unattended and to ensure they do not swim after consuming alcohol.