Hundreds of armed police will be in Glasgow for COP26

'No specific threat' to the city as it prepares to host a major climate summit. 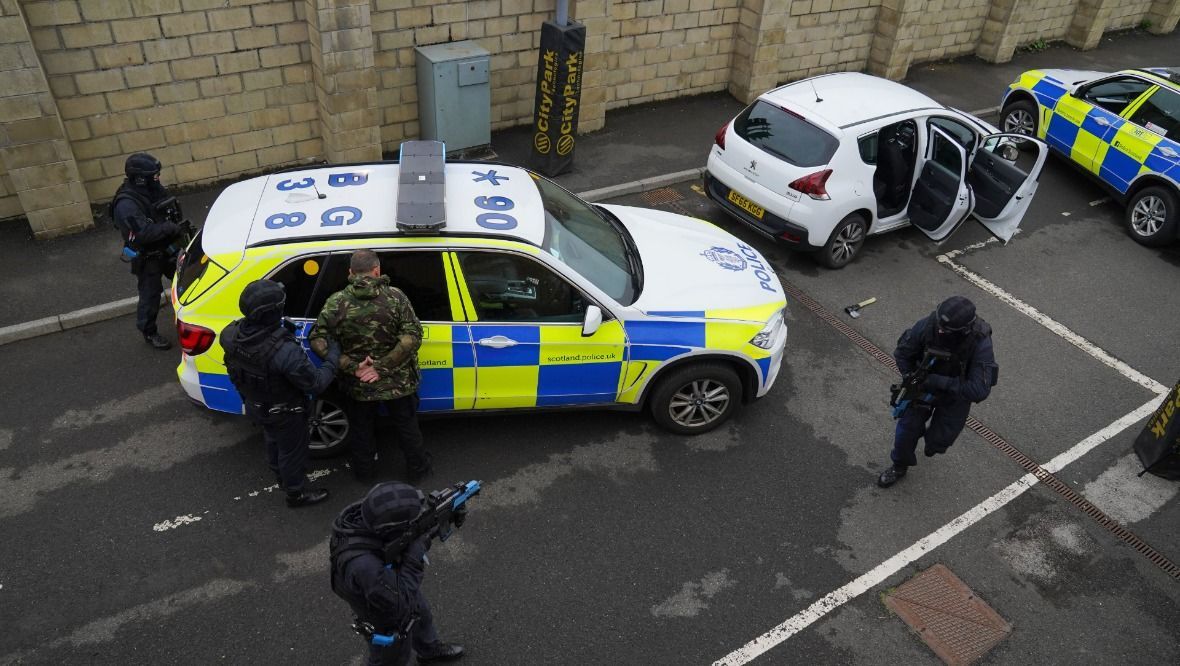 Hundreds of armed police officers will be deployed in Glasgow during the COP26 climate summit.

However, there is “no specific threat” to the city over terrorist attacks, the officer in charge of armed policing for Police Scotland has said.

The force is understood to have about 500 armed officers and while there has been no increase in their numbers for COP26, a “significant” number of armed police from elsewhere in the UK will assist.

She said: “At the moment there’s no specific threat to the event but armed police are very much deployed as a contingency and obviously to keep the world leaders, heads of state, delegates and the people of Scotland safe and respond to any threat should it arise.”

The Queen, Pope Francis and US President Joe Biden are among the high-profile figures expected to attend, and each member of the United Nations has been invited, meaning nearly 120 heads of state are expected to arrive along with about 20,000 accredited delegates.

Speaking at a training event for Police Scotland armed officers at the Scottish Police College at Jackton, East Kilbride, Ms Skelton said Police Scotland would continue to monitor the terrorist threat level as the event approaches.

Armed officers demonstrated armed response vehicles stopping a car in a mocked up street scene where the driver is thought to present a threat.

They also showed how they would stop a pedestrian armed with an axe in the street.

Ms Skelton said: “It’s one of the most complex events that’s ever been held in the UK, particularly in Scotland, so there will be an increase in the visibility of armed officers, particularly in the Glasgow area where the event is being held.

“But, in terms of business as usual, we will have a 24/7 response throughout Scotland to respond to any serious threat to life or firearms incidents and that is always the case with us.

“We’re an unarmed service, we always have an armed response so that will not differ during COP26 but there will be officers dedicated to the actual event itself.

“The plans are still being developed clearly but there will be a significant mutual aid assistance from colleagues in armed policing because of the scale and size of the event.”

Ms Skelton said she was unable to disclose the number of armed police from Police Scotland elsewhere who will work at the event for operational reasons but there will be a “mixture of visible deployments throughout the city”.

Previously, the Gold Commander for the event, Assistant Chief Constable Bernard Higgins, said Police Scotland is contributing about 45% of the numbers for COP26 and several thousand officers will arrive each day in a phased approach, with about 10,000 involved in total.

COP26 negotiations are taking place at the Scottish Events Campus (SEC), which will be known as the Blue Zone and will be under UN control with its own security.

While not international territory, it will come under Scots law if a crime takes place.

Ms Skelton stressed strict criteria govern the use of armed officers in Scotland.

She said: “Any deployment of armed police in Police Scotland is very, very heavily scrutinised and ratified by chief superintend who is a trained strategic firearms commander so there are very strict criteria in relation to that and the threat would need to justify the criteria for deployment.”