The blaze in Drumchapel was reported at around 3.47pm on Friday. 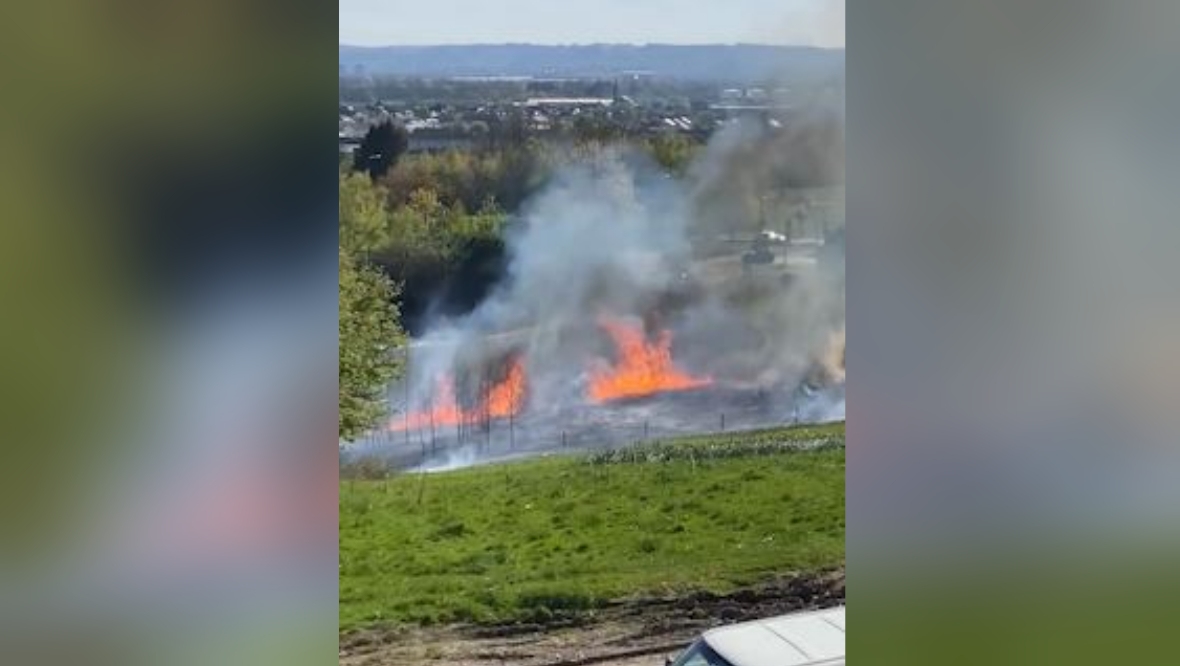 A wildfire spread across a grassy hillside in Glasgow after warnings of an “extreme risk” across the west of Scotland.

The blaze, near the Great Western Retail Park, in Drumchapel, was first reported at around 3.47pm on Friday.

One appliance was dispatched to the scene, and the blaze was extinguished by fire crews.

No injuries were reported during the incident.

It comes after an “extreme risk” warning of wildfires was put in place across the country.

A Scottish Fire and Rescue Service spokesperson said: “We were alerted at 3.47pm on Friday, April 22, to reports of grass on fire in Clydebank.

“Operations Control mobilised one appliance, and firefighters extinguished an area of grass.