Huge minke whale found on beach may have died after entanglement

The animal was found on Wednesday morning but died sometime ago, marine experts said. 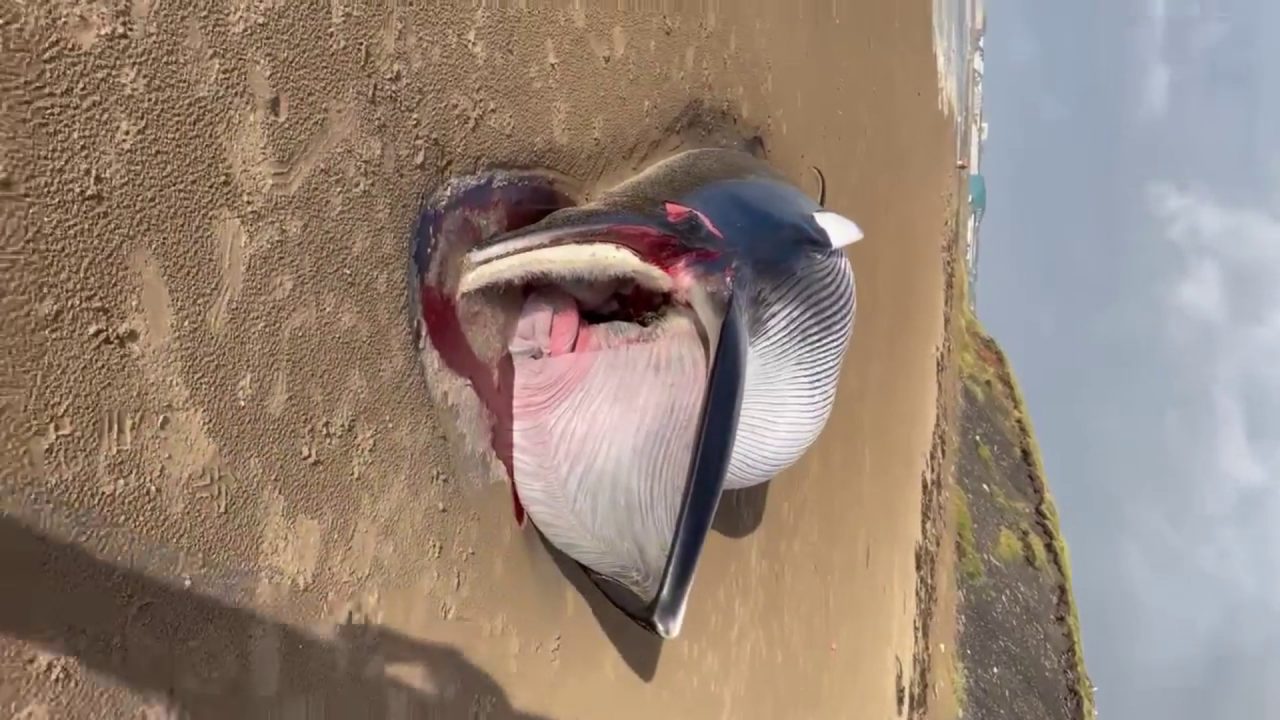 A huge minke whale has been discovered dead washed up on a beach in Ayrshire.

The animal was found on Wednesday morning but died sometime ago, marine experts said.

David Devoy, of the Scottish Marine Animal Strandings Scheme, said there have been an increasing number of these type of sightings on and near the Clyde.

He said the minke possibly died after becoming entangled but this has not been confirmed.

“[It’s] been deceased for some time due to condition,” Mr Devoy said.

“Unfortunately this is being seen more and more and sightings have increased in the Clyde of such mammals.”

Coastguard were called to the discovery on Stevenston beach but North Ayrshire Council is responsible for the removal of whales under 25 feet long.

Minke whales measure an average of 8.35m for males and 8.9m for females, but can grow to longer than 10m, and usually live for up to 50 years.

A council spokesperson said: “We are aware that a minke whale carcass has washed up on Stevenston beach.

“We are responsible for removal and disposal of whales under 25ft long and plans are underway to arrange this ASAP [as soon as possible].

“Due to the condition of the carcass, please stay away from area surrounding it.”

A record number of whales are becoming stranded on British shorelines amid the climate emergency, according to STV Studios documentary What Killed the Whale?.

More than 12,000 cetaceans have been beached since 1990, with environmental organisations desperately attempting to uncover whether there is any link between the strandings and a rise in human activity.