How game show appearance helped give mum her voice back

Since Helen Whitelaw appeared on Tipping Point two years ago, her life has changed dramatically. 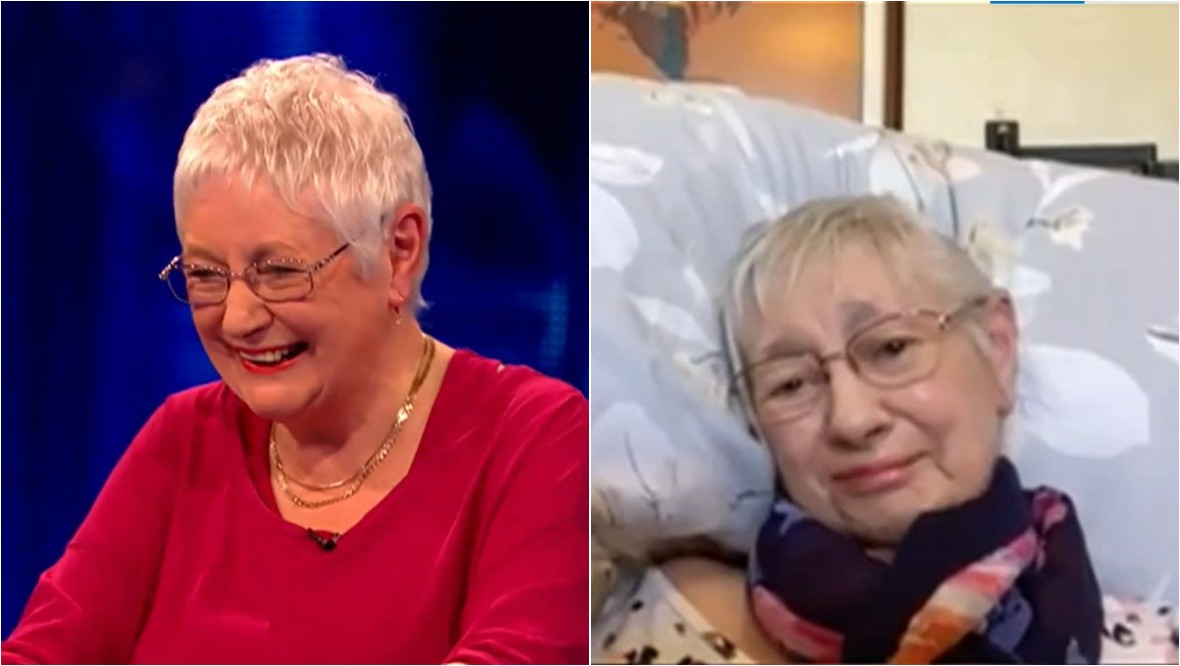 A mum who lost her speech due to illness has been able to “speak again” thanks to an appearance on an STV game show.

Since Helen Whitelaw appeared on Tipping Point two years ago, her life has changed dramatically.

The 76-year-old from Glasgow won almost £3000 on the show, but last May she was diagnosed with Motor Neurone Disease (MND) and her ability to speak began to deteriorate.

Mrs Whitelaw told STV News: “The diagnosis was devastating for the whole family. I wanted people to know what I was saying, and I did not want to sound like a machine.”

When Mrs Whitelaw went to have her voice recorded for a communication aid, it had deteroriated too much.

But thanks to her appearance on the game show, engineers were able to use audio recordings to reconstruct her own voice and give her back the power of speech.

MND Scotland funds the service for anyone in the country diagnosed with the disease.

Iain McWhirter, from MND Scotland, said: “To be able to recreate somebody’s voice from the audio of a game show they took part in two years ago, to me that’s almost unique.

“It demonstrates the life changing ability of the service we provide.”

Alice Smith, from Speak Unique an Edinburgh company which builds synthetic voices for people, said: “We were apprehensive about how we could be able to use it.

“We were sort of joking that she’d definitely be able to say, ‘drop zone four’, as that was such a cathphrase during the show. But we were so pleased that we did manage to get it to work with her appearance on Tipping Point.”

With a little help, STV News arranged for a surprise virtual reunion with the show’s host Ben Shephard.

Talking from the Tipping Point set, he told Mrs Whitelaw: “It just struck me what a bundle of energy and fun you were. And most particularly how lovely those hugs were at the end of the show because I’ve not been able to hug anyone in ages.

“It just reminds us how important we can share these moments together and you never know how important they will be later on in life.”

Mrs Whitelaw said: “I am extremely grateful to everyone concerned for giving me back my voice.”

To find out more about MND Scotland and the work it does supporting people affected by the disease you can find the website here.