More than 30 firefighters are in attendance at the scene in Glasgow. 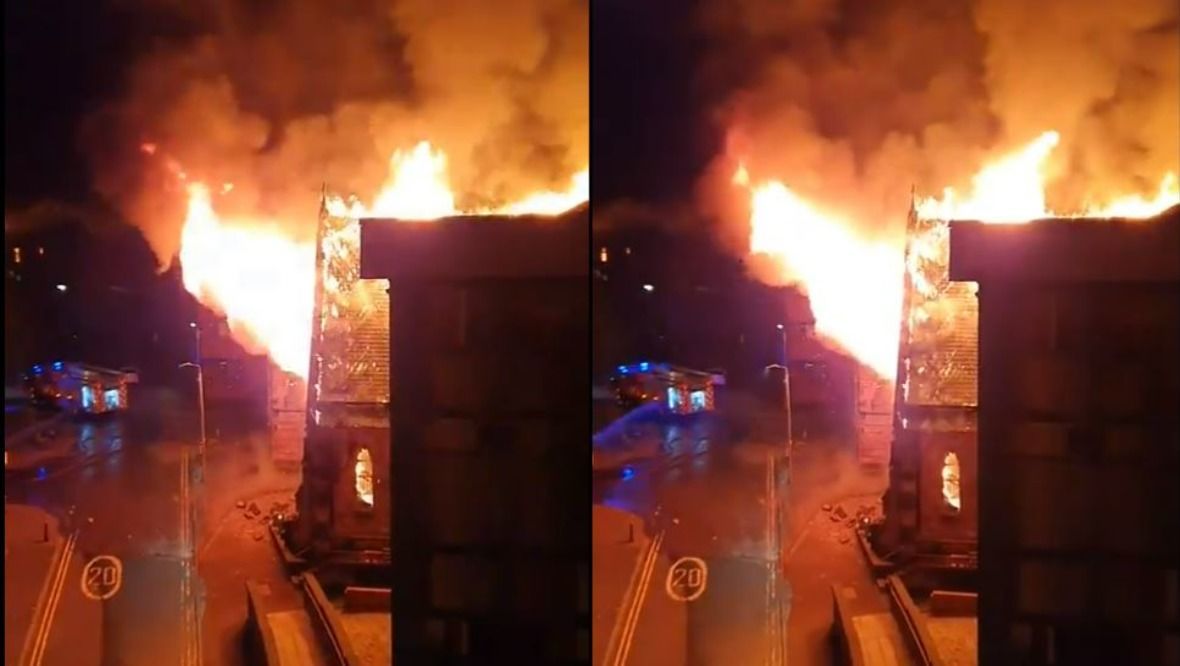 Fire crews are tackling a well developed blaze at a church in Glasgow.

More than 30 firefighters are in attendance at the fire at St Simon’s Catholic Church on Bridge Street, Partick.

They were called to the scene at around 2.40am on Wednesday, close to Byres Road and Dumbarton Road.

The Scottish Fire and Rescue service say one person was given precautionary treatment at the scene.

Nearby residents have been advised to keep windows and doors closed and some have been evacuated.

A spokesperson for the SFRS said: “We were alerted at 2.40am on Wednesday, to reports of a fire within a church on Partick Bridge Street, Partick, Glasgow.

“Operations Control mobilised six fire appliances including two height appliances and more than 30 firefighters are in attendance and working to extinguish the fire.

“One person was assisted from the property and given precautionary treatment at the scene. Adjacent properties have been evacuated as a precautionary measure and nearby residents are advised to keep windows and doors closed due to smoke.

“Road users should avoid the area to allow access for emergency service vehicles and due to road closures.

“Crews are expected to remain in attendance for some time.”

Tributes are being paid to the “loved” 162-year-old church.

Robert Hynd, Moderator of the Presbytery of Glasgow (Church of Scotland) said, “It is tragic to see such damage to a proud and historic church building. St Simon’s has an important place in the life of Partick and is particularly loved by members of Glasgow’s Polish community.

“Our thoughts and prayers are with the congregation of St Simon’s. Denominations are meaningless at times such as this and we will offer whatever support we can to help in their recovery from this tragic event.”