Hospitality ‘needed a busy December’ but instead left ‘disheartened’

New restrictions came into force on Monday in a bid to slow the spread of the Omicron variant of coronavirus. 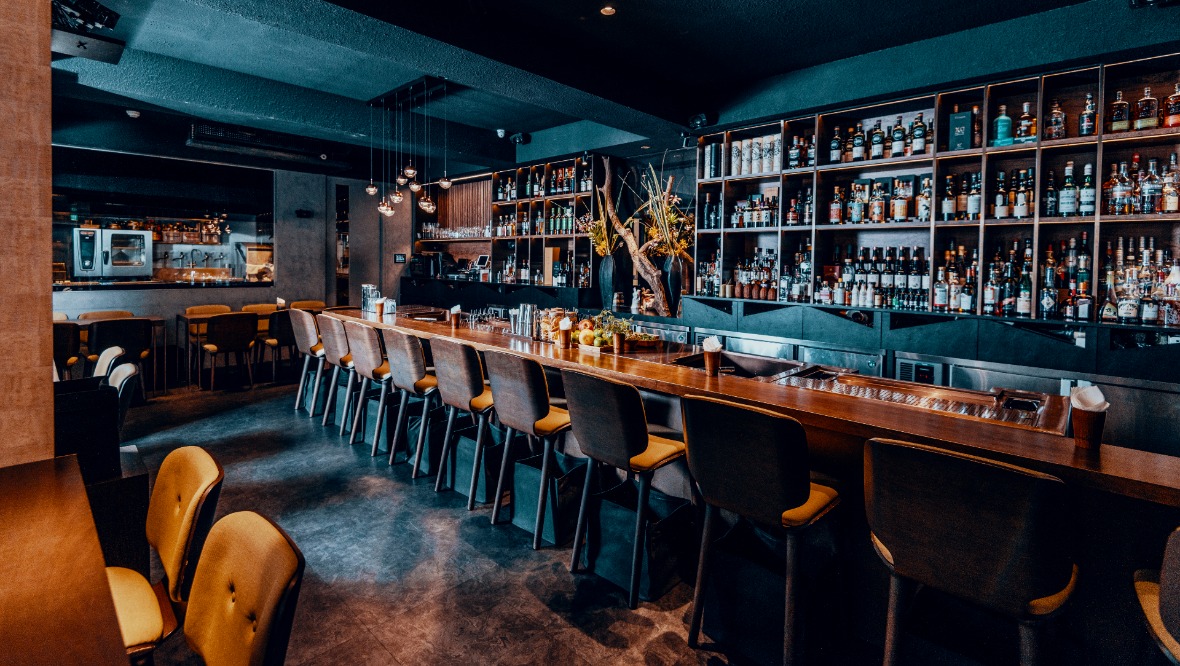 Scotland’s hospitality industry ‘needed a busy December’ but instead has been left ‘disheartened’ over the new Covid restrictions, a bar owner has claimed.

Michael Bergson, owner of Buck’s Bar and Thundercat in Glasgow, said he cannot believe businesses are still facing restrictions almost two years on from the first national lockdown and after the launch of the vaccination programme.

He told STV News: “Two years down the line and this far into the vaccination programme, [I just] absolutely cannot believe that we’re still restricting businesses.

“We needed a busy festive period.

“Your festive period in December is what gets you through January, February, when you’re going into the cold winter months when people aren’t spending money, and we really, really needed that.

“The whole industry needed it.

“So, it’s really disheartening to be hit with this right at the worst time possible.”

The new restrictions came into force on Monday in a bid to slow the spread of the Omicron variant of coronavirus.

Nightclubs have been shuttered and hospitality businesses have returned to table service-only when serving alcohol.

Bars, restaurants and indoor leisure facilities such as gyms, theatres and museums have also been forced to reinstate the one-metre social distancing rule.

The new restrictions come after caps were placed on large events from Sunday.

Outdoor events have also been restricted to 500, which led to Scottish football’s winter break being brought forward by a week.

The restrictions – which will be reviewed every three weeks by the Scottish Government – have been backed with £375m in business support.

However, Mr Bergson said the funding is not good enough to cover the money lost over the festive period.

He said: “Christmas business was way down this year because so many people, so many companies basically cancelled their work’s night out.

“And we did fill some of those spaces up, but that was more with shoppers, walk-ins, people really not spending as much.

Mr Bergson said the return to one-metre distancing would also mean he would have to reduce capacity in his bars.

He stated: “The fact is, there’s estimated £1bn lost revenue right across the industry, and the support offered doesn’t get anywhere near that.”

The funding proposed by the Scottish Government will be covered using repurposed health spending sent north by the UK Government, as well as taking money from commitments already made.

Further spending could be taken from next year’s budget, resulting in a fiscal shortfall if the UK Government does not pledge the gap.

Finance secretary Kate Forbes said: “These temporary restrictions are targeted at reducing the spread of Omicron while the accelerated vaccination programme takes effect.

“I understand how difficult this has been for businesses in recent weeks but we must reduce our contacts and limit the spread of the virus.

“We’re providing £375m in business support, which is a significant investment, to support those who have experienced cancellations and help them get back on their feet in the New Year.

“The best way to support business sustainably is to get the virus back under control. Please get your boosters and stay at home as much as possible just now.”

On Monday, it was reported that almost 30,000 new Covid cases were provisionally recorded in Scotland over the Christmas weekend.

According to the Scottish Government, a total of 8252 cases were reported on December 25, 11,030 on December 26 and 10,562 on December 27 – the highest daily totals recorded since the start of the pandemic.

Sturgeon said: “While these figures are provisional, the steep increase in cases we have been expecting is now materialising, and this reflects the significantly increased transmissibility of Omicron.

“We would expect to see case numbers rise further in the days ahead – though it is worth bearing in mind that they are likely to have been even higher but for the compliance of the public with the guidance issued in the run up to Christmas.”

The FM added: “So even though we are all thoroughly fed up with the impact of Covid on our lives, it is really important that over the New Year period we follow guidance to help slow the spread of the virus while we complete the accelerated booster programmes.

“In addition to observing good hand hygiene and wearing face coverings, I am asking everyone to limit contacts as much as possible, to keep any essential indoor gatherings to a maximum of three households, and to get boosted by the bells.

“I know sticking to all of these measures is really hard – especially at this time of year – but there’s no doubt whatsoever it will help keep us safer.”