Around 200 people attend the soup kitchens each night underneath Glasgow's Central Station. 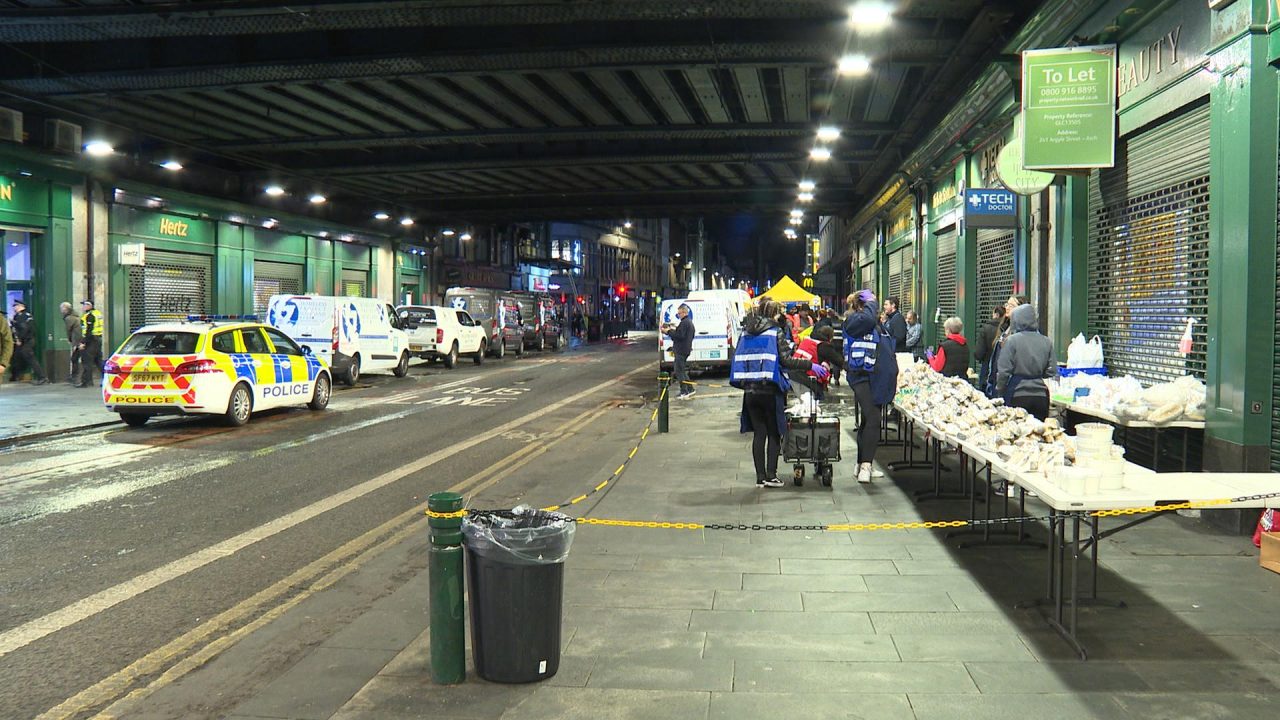 A homeless charity is appealing for help in finding an indoor space to operate its soup kitchen.

The location means the team, and service users, are exposed to the cold weather as well as abuse from the public.

Lucy Ann Phillips has been volunteering for two years and witnessed “a lot of aggression” towards the soup kitchen.

She told STV News: “Especially Friday nights, it’s obviously getting to times where people are out and maybe a little bit drunk and it can cause some problems.

“Obviously we don’t really want the police to have to come here, it’s uncomfortable for our service users.”

The charity has been trying to find a suitable building to operate from, but says options offered by Glasgow City Council are too expensive to run or not suitable for its requirements.

Around 200 people attend the soup kitchens each night so it estimates it will need a building that is between 5,000 and 10,000 square foot.

Colin Mcinnes, Homeless Project Scotland said: “If we rented a property today, by the time we paid our heating and electric bill for that property today and the rent, what money would we be feeding people with?”

“We’re looking for something that’s preferably got a kitchen and we can bring people in and we can open that building 24/7 and it’s a welfare centre, not a temporary heating centre.”

The charity wants Glasgow City Council to do more to help support it moving indoors.

A council spokesperson said: “Two properties either in or close to the city centre which we believed matched Homeless Project Scotland’s requirements were offered as options to the charity, but both of these opportunities were declined.

“Information on property assets that may be available was also shared to allow HPS to consider other options that may be suitable for their needs.

“We will continue to work with the charity as far as possible, but it must be stressed we have a limited number of properties at our disposal in central Glasgow suitable for the project’s purposes.”