Campaigners say Ketino Baikhadze should be granted indefinite leave to remain to care for her teenage grandson, Georgi Kakava. 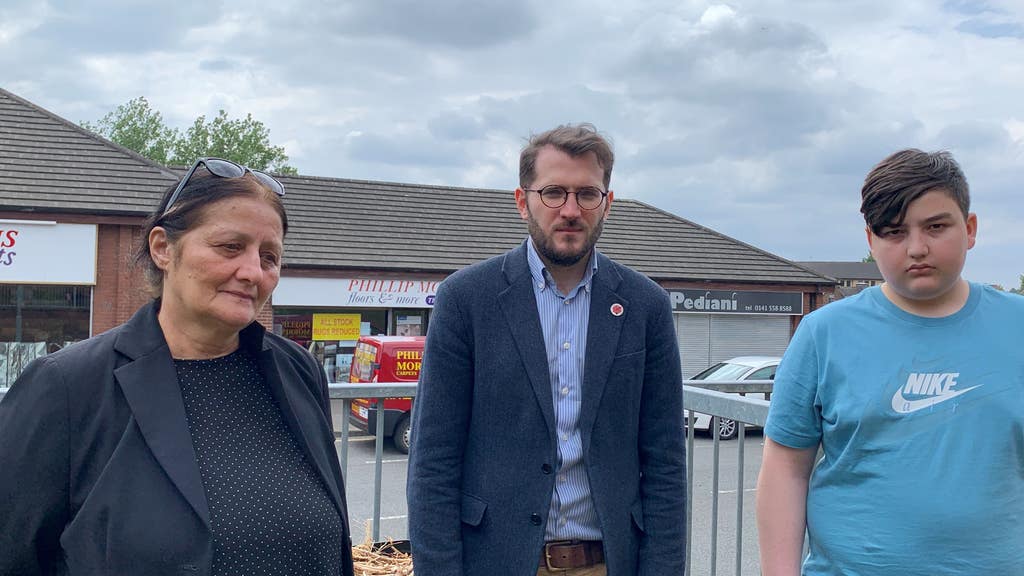 The Home Office is being urged to “do the right thing” and grant the grandmother of an orphaned boy permanent leave to remain in the UK so she can continue to care for the youngster.

Ketino Baikhadze, 61, is the kinship carer for 13-year-old grandson, Giorgi Kakava – who was last month granted the right to remain in the country indefinitely, a decade after arriving in Scotland.

Giorgi, now 13, was just three when he fled to Scotland from Georgia with his mother Sopio Baikhadze, who died in 2018.

But while the Home Office has now told the schoolboy he can stay in Glasgow permanently, his grandmother and guardian has only been given 30 months’ leave to remain and could still be forced to return to Georgia when that expires.

Church of Scotland minister, Rev Brian Casey, has been lobbying on behalf of the family, insisted it would be a “travesty” if the grandmother and grandson were split up.

He spoke out after Labour, SNP, Liberal Democrat and Green MSPs signed a motion at Holyrood congratulating him and the members of Springburn Parish Church in Glasgow for their efforts.

Rev Casey said: “It is outrageous that his grandmother, who is his guardian and sole carer, has only been given leave to remain for 30 months and will have to go through this whole protracted process again when he is 15 and still a minor.

“We will continue pressing the Home Office to do the right thing and grant her permanent leave to the remain in the UK because it would be a travesty if they are split up.”

Sweeney said: “I’m delighted that after three years of tragedy and turmoil, Giorgi now has the security of permanent leave to remain in Scotland and he can enjoy his teenage years like any other Scottish kid.

“As his only living relative and kinship carer, it’s also now important that we continue to work with the Home Office to ensure that Ketino is granted leave to remain on a permanent basis, so I will continue to stand ready to assist in this effort.”

Meanwhile SNP MSP Bob Doris insisted it was “unconscionable to even consider splitting Ketino from her grandson”.

The Maryhill and Springburn MSP added: “It might be that Giorgi’s gran may ultimately get to reside in Scotland permanently but there are no guarantees.

“The Home Office has the power to end this uncertainty now. Confirming Ketino’s permanency now is the only compassionate and humane thing to do.”

A Home Office spokeswoman said: “Following a compelling case Mr Kakava has been granted settlement in the UK.

“His grandmother Ms Baikhadze has been granted 30 months leave to remain on a route to settlement of which she applied.”