Holy cow! Trains disrupted after cattle gets onto track

Highland Cows on the line at Pollokshaws West delayed trains on Tuesday morning. 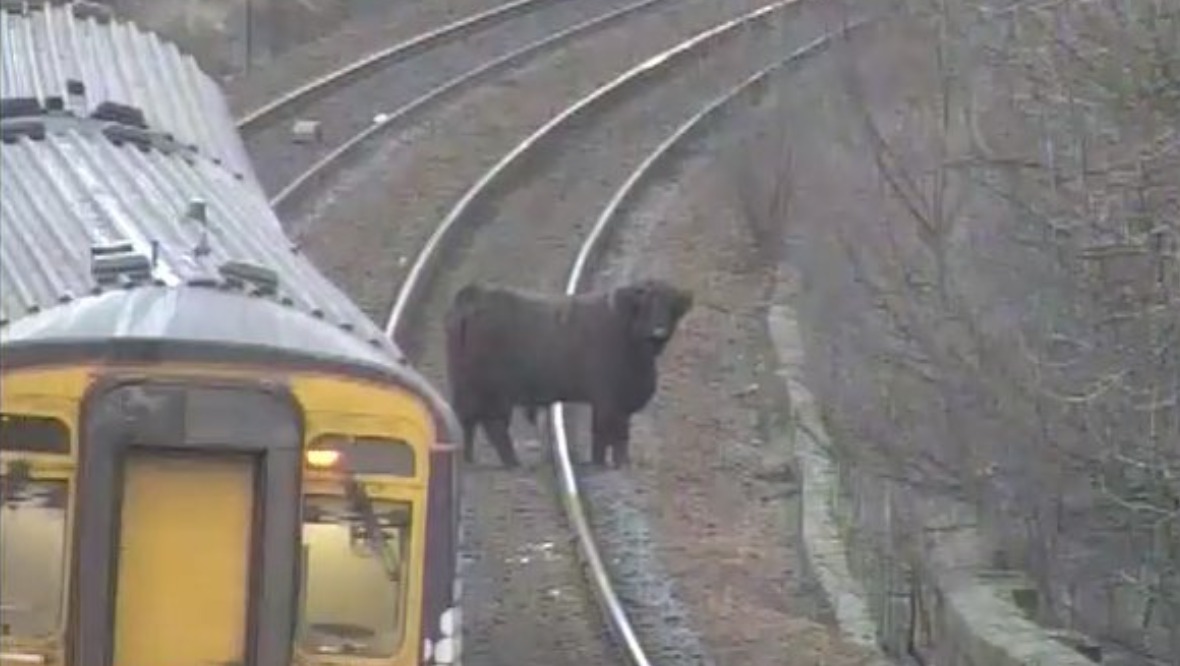 Trains were delayed after Highland Cows wandered onto the line.

ScotRail said the cattle got on the track at Pollokshaws West, affecting services in and out of Glasgow Central around 9am on Tuesday morning.

It described one of the cows as an “absolute unit”.

Trains were back on the move by 10am, ScotRail said.

The operator added: “Cattle now in a place of safety, clear of the railway, so we’ll be able to get trains back on the move.

“Thanks to Network Rail and Glasgow City Council for their assistance.”