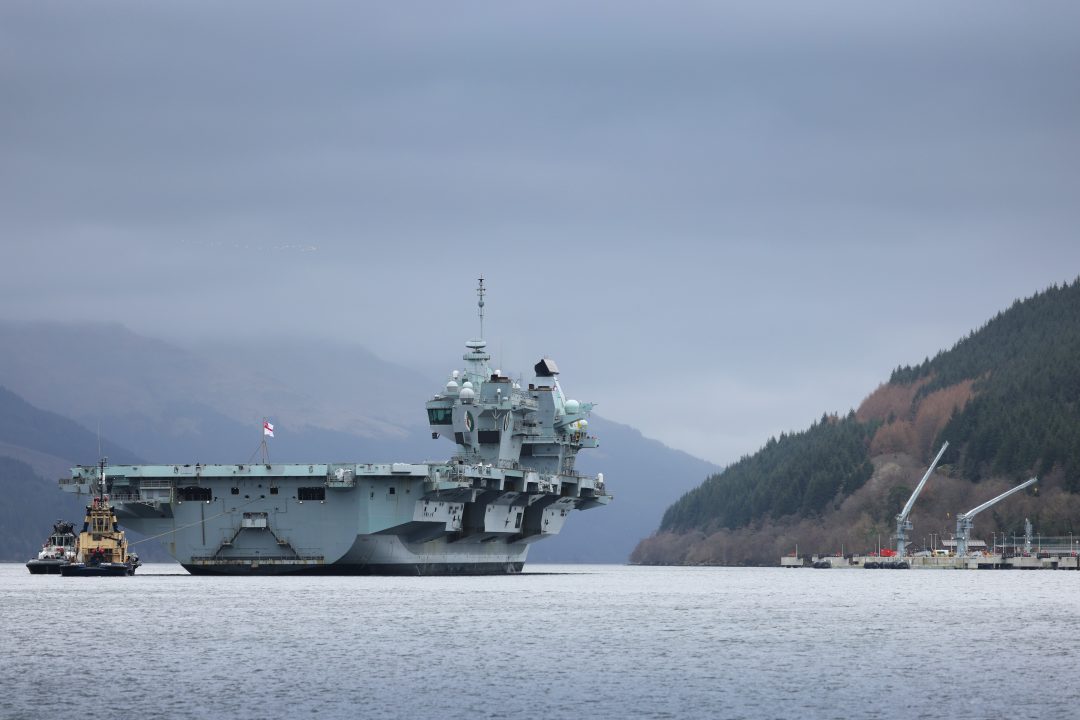 The Royal Navy’s flagship aircraft carrier has sailed up the River Clyde.

The HMS Queen Elizabeth has been undergoing essential maintenance following a seven-month mission but is now carrying out “vital training and exercises” to remain prepared for operations.

It is its first venture into Scottish waters this year.

The 65,000-tonne aircraft carrier will return to Glen Mallan on the Clyde for a routine logistics visit and also hopes to visit Liverpool on its return leg to Portsmouth at the end of the month.

A Royal Navy statement said: “During its short stint at sea, training will focus on individual, team and whole ship exercises, as well as working with commando-carrying Merlin helicopters from RNAS Yeovilton-based 846 Naval Air Squadron.”

The Queen Elizabeth was seen entering Loch Long in Argyll and Bute on Monday morning.

“The hard work of both my ship’s company and our supporting industrial partners has improved the condition of the Fleet Flagship.”

On a seven-month mission last year, Queen Elizabeth and its task group of eight supporting ships, a submarine, five air squadrons and more than 3700 personnel visited more than 40 countries.

The MoD said it was the most significant peacetime deployment by the Royal Navy in a generation.

The vessel’s F-35B stealth jets flew more than 4000 hours – more than 23 weeks in the skies – while the ship worked with allied and partner nations.

Earlier this month, four NATO warships docked on the banks of the River Tay in Dundee after arriving from Norway.