Happy meals all round as couple McMarry at McDonald’s 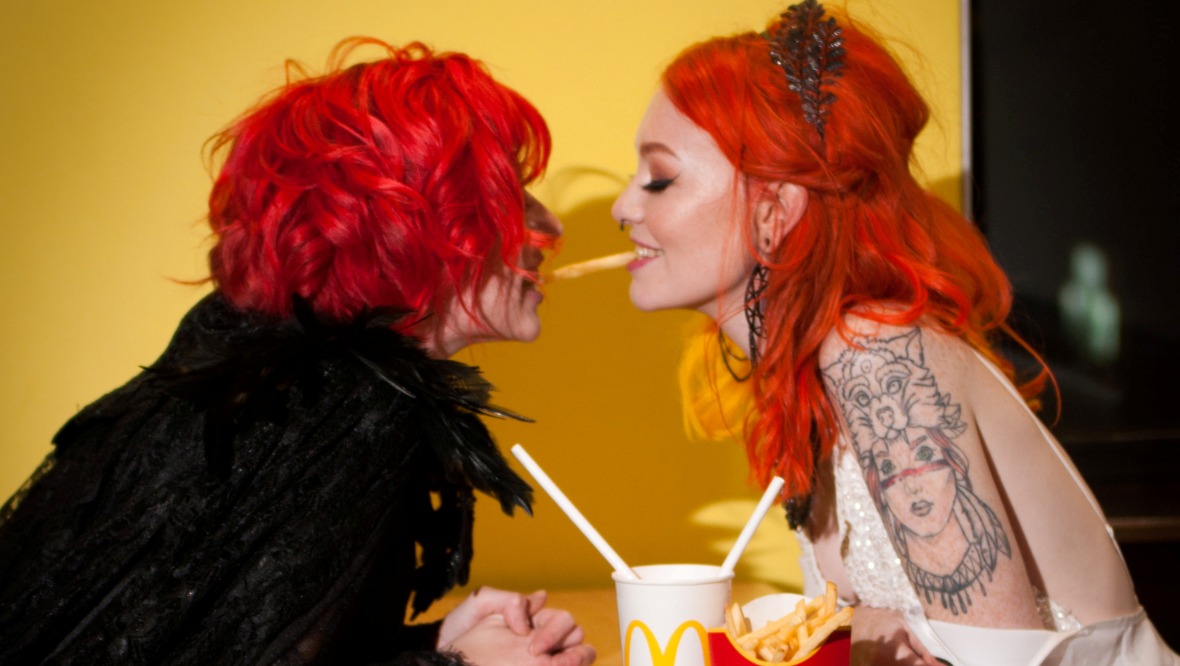 A couple who had to cancel their wedding twice because of the pandemic decided to tie the knot … at McDonald’s.

Melissa Russell, 27, and Shannon McKenna, 26, enjoyed a three-course meal with their guests at a branch in Motherwell, where Melissa works.

The fast food restaurant stepped in to become the couple’s reception venue after Melissa’s father’s ill-health prompted them to go ahead with the wedding.

Guests enjoyed mozzarella dippers served on a bed of salad, any main course from the menu and ice cream sundaes served in crystal glasses.

Melissa’s dad, Charlie, took unwell this year and she was desperate for him to walk her down the aisle.

“My dad currently has a growth at the bottom of his spine,” she told STV News. “We’ve all been told that he’s most likely going to lose his ability to walk, so we thought, ‘best to do it now’.”

Charlie was able to give Melissa away to Shannon – and that was the most special moment of the wedding for his daughter.

“I think he had a fantastic day,” she said.

The couple originally planned to have a marquee in their garden, but restrictions meant that would be difficult, and after booking a hotel, it then got cancelled a week later.

Melissa spoke to her boss, Kate Walker, about the difficulties they were facing and couldn’t believe it when she offered to create their dream wedding reception.

Melissa said: “McDonald’s was our saving grace. Everyone was just like, it’s so quirky, like you guys, people will never forget it.

“But I think because it’s my work, I thought, oh my goodness, but seeing Kate and her team and how enthusiastic they were about the whole experience was just so infectious.”

Melissa and Shannon were married by a humanist celebrant in Chatelherault Country House in Hamilton and then headed to McDonald’s, where her colleagues pulled out all the stops to give the 18 guests a personalised McMenu and a night to remember.

The brides said it was just the perfect day.

“The people that were working that night were my friends and my employees and we’re all like one big family,” said Melissa. “It was memories that I personally will never forget.

“I really think it’ll be a talking point for everyone that was there for a long, long time”.