Noreen Craig's heartbroken son said letting her go to hospital has been the 'biggest regret of his life'. 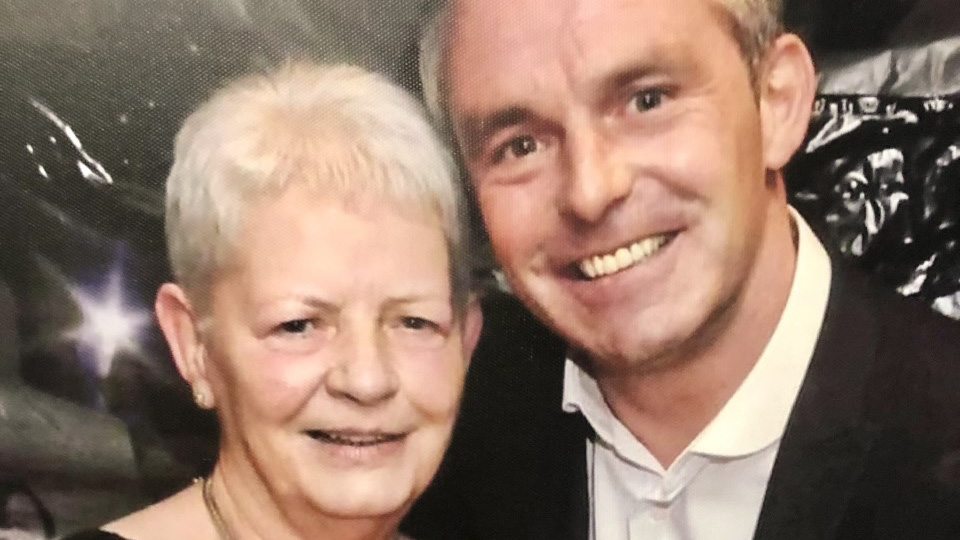 A devastated man has told how his mother died after spending hours alone waiting for a hospital bed.

Lung cancer patient Noreen Craig, 71, was rushed to the Queen Elizabeth University Hospital in Glasgow after falling ill with a chest infection at her Gorbals home on December 29.

The family claim paramedics were assured over the phone there would be a bed for her; instead, she was taken to an overcrowded waiting area at the Specialist Assessment and Treatment area.

Stuart Craig recalled the heartache of being separated from his vulnerable mum, who was unable to speak due to her condition.

Stuart, 51, told STV News the under-pressure NHS was “totally broken”, adding: “I just knew that my mum would have been petrified.

“She had no way of communicating with the doctors or nurses or medical staff if, for instance, she needed the toilet.

“At that point she couldn’t get herself up or down so we tried to plead with the medical staff and asked if one of us could be with her, but we were refused.

Emergency services were called to Noreen’s home around 6.30pm after she complained of chest pains. She was suffering from emphysema and COPD and was told she would need IV antibiotics.

Stuart and his sister followed the ambulance carrying their mum to the hospital and were met with scenes of “carnage” when they arrived.

“I could see the line up of ambulances outside A&E and it was just like a disaster zone,” he said.

“It was totally stressed and under resourced.”

Noreen was left in the overcrowded waiting room while her children watched through a small window in the corridor to ensure she was okay.

A nurse found a “side room” for Noreen and the family were finally allowed in at around 1am. She was helped to the toilet, but became unresponsive shortly afterwards.

She died at around 4.25am with her children at her beside in her final moments.

“One of the biggest regrets I’ll have in my life is allowing my mum to go to the hospital to be treated like that after assurances that she would be taken care of,” Stuart said.

“Although we knew that she was terminally ill, on entering the hospital it never crossed my mind that she would not come back out.”

Recent figures show the largest number of hospital beds are being occupied by those well enough to be discharged – an average of 1,898 beds a day in October.

The situation in the health service has seen Scottish Labour call for the army to be sent in to boost capacity.

Responding to the government’s plans, Stuart said: “That’s only words. I think it’s going to take more than money to fix this.

“It’s only to take more staff. I think the system is totally broken, broken beyond repair.

“The only reason that I’m doing this is because my mum deserved better.”

A NHS Greater Glasgow and Clyde spokesman said: “While we cannot comment on individual cases, we would like to express our sincere condolences to the family of Ms Craig and apologise for any distress they have experienced.

“If they would like to discuss in more detail the care that Ms Craig received, we suggest that they contact us.

“As is the case across the whole of the country, our services are facing major pressures including significant Covid, flu and norovirus cases and our staff are doing all they can to meet this demand.

“All of our A&E departments and assessment units are experiencing extreme demand. While we continue to prioritise the most urgent cases, some people may need to wait longer than they would have expected.

“In addition, due to the continued prevalence of Covid, and because of the high numbers using our services, there may be times when we need to ask relatives to wait outside for the safety of our patients and staff.

“We apologise for any distress or discomfort patients or relatives may experience.

“We would like to thank all staff in our A&E departments and assessment units, and across all of our services, for their continuing hard work and commitment in these challenging times.”