Gran travels through the night to finally meet granddaughter

Sheena McBride made the journey from Wales to Scotland as travel restrictions were eased across the UK. 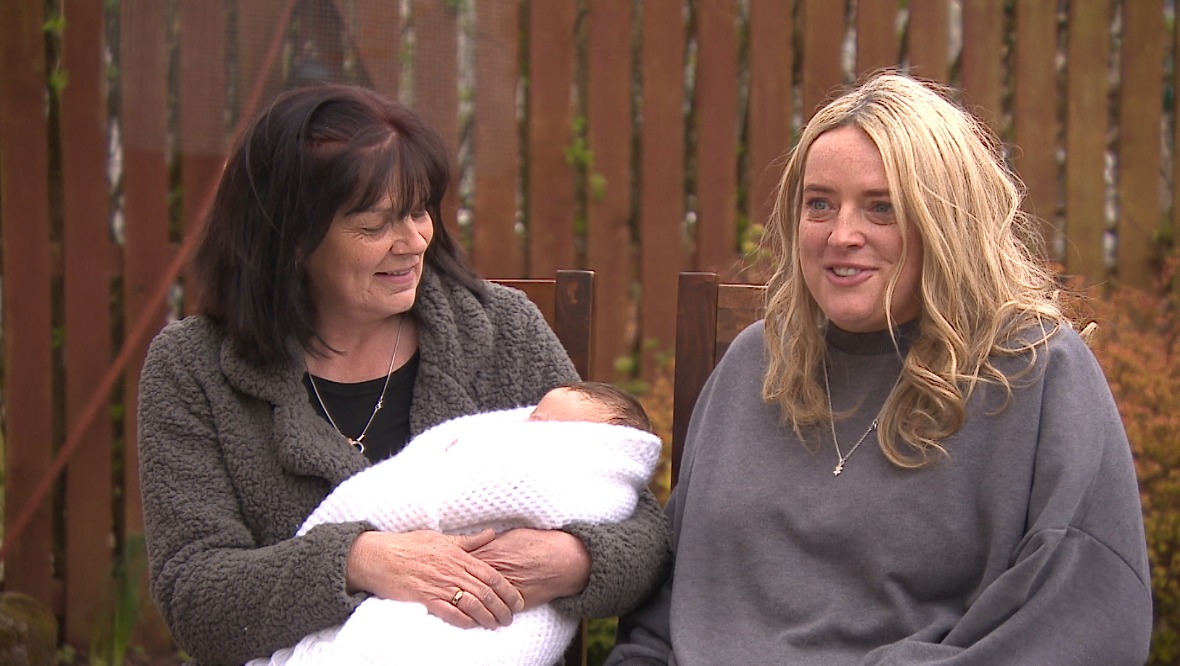 A grandmother has travelled through the night from Wales to Scotland to finally meet her baby granddaughter.

Sheena McBride left north Wales at midnight when lockdown rules were eased and travel across the UK was allowed to resume.

She arrived at daughter Victoria Halliday’s home in Newton Mearns on Monday morning and was eager to finally hold 11-week-old Afton Ember for the first time.

“From north Wales, we drove up, waited at the border, crossed over and we drove up to Victoria’s and I couldn’t wait any longer,” Sheena said.

“I came in during the night and went into the bedroom to see her and they were all sleeping, but I had to come in and see her.

“I was so emotional, she’s absolutely beautiful.”

Victoria had been trying for a baby with her husband for ten years but suffered complications and a miscarriage along the way.

She had almost given up hope of having a child, but when she felt strange during lockdown she took a test and discovered she was pregnant.

Sheena said she wished she was able to be there for her daughter during her pregnancy, but due to travel restrictions, she was forced to stay at home.

She added: “You worry as a mother, you worry about them constantly and when Victoria was taken into hospital, I was a nervous wreck. I automatically wanted to get in the car and come, but I couldn’t.”

Victoria is delighted her mum has finally met her longed-for daughter, adding that it is “the icing on the cake”.

She said: “It’s so emotional, it’s something we’ve waited on for so long and because everybody’s been through my whole journey with me, this is like the final icing on the cake.”

Sheena will be staying in a campervan in Victoria’s drive for a week so she can spend time with the new family.