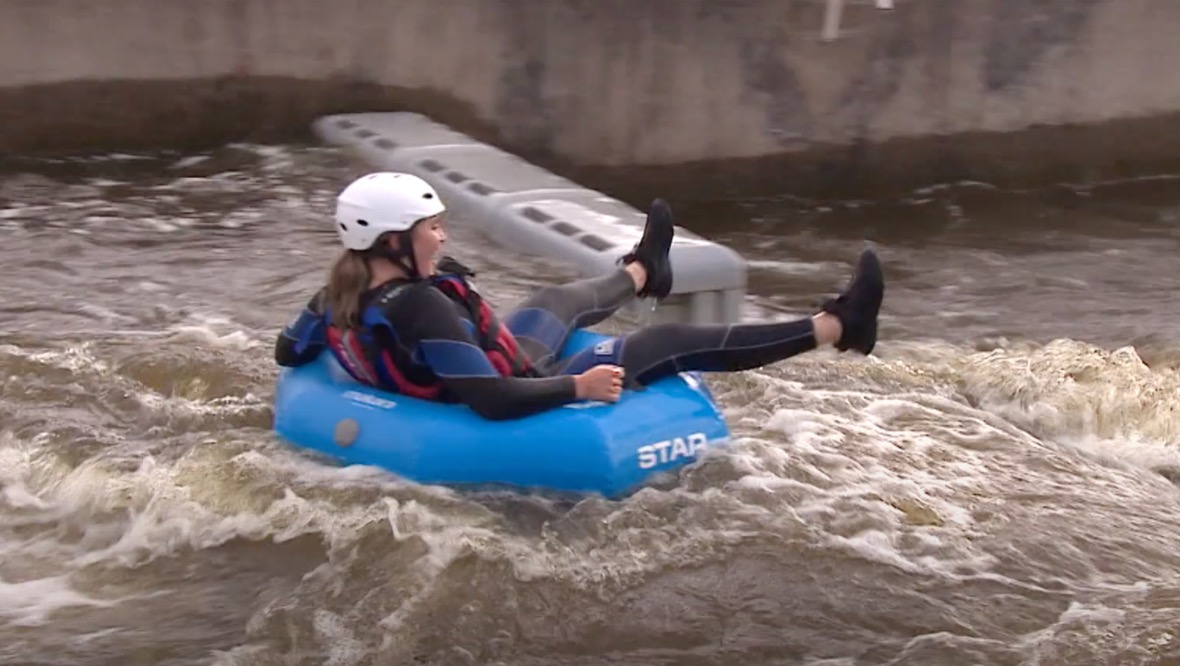 A watersports centre is making a splash with a new activity.

Glasgow’s Pinkston Watersports – which offers the likes of kayaking and paddle boarding – has added white water tubing to its raft of activities on the Forth and Clyde Canal.

Daredevil Gary Faulds told STV News: “When you hear like ‘tubing and water’, you expect like a lazy tube on holiday, just lying there and just chilling, enjoying the sun.

“But it’s terrifying. It’s like a near-death experience, but fun.”

The competition-standard facility was built as part of the Commonwealth Games Legacy fund to breed a new generation of athletes.

Mr Faulds, who grew up in a high-rise block nearby, said: “It was frowned upon to come anywhere near this canal. It was called the smelly ocean when I was a kid.”

After falling in it once, his friends joked he had “rabies for years”.

Describing the site’s transformation, Mr Faulds added: “I’m so happy this is here. I never thought this would be here when I was a wee guy.”