Garry McWhirter was filmed climbing a ladder to replace the iconic statue’s ‘hat’ with a blue and yellow cone. 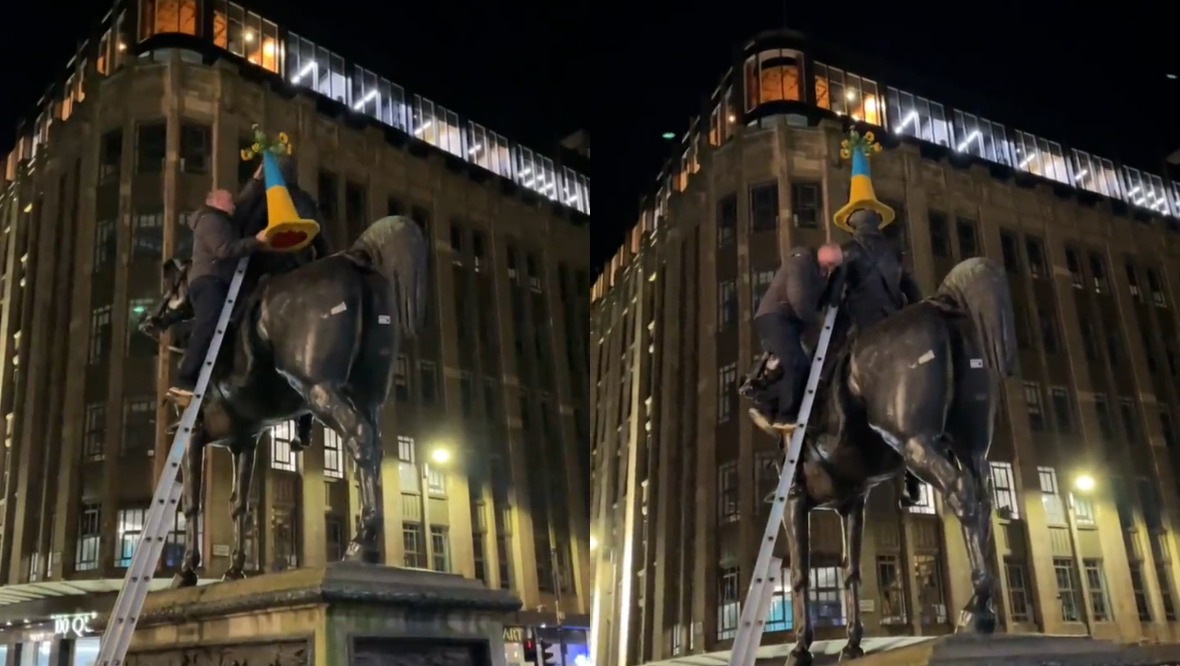 The famous traffic cone which sits on top of the Duke of Wellington statue in Glasgow’s city centre has been swapped for a Ukraine-themed version in solidarity with the war-torn country.

Garry McWhirter was filmed climbing a ladder to replace the iconic statue’s ‘hat’ with a blue and yellow one to represent the colours of the Ukrainian flag.

A crowd cheered as the cone was replaced on the statue, which sits outside the Gallery of Modern Art in Glasgow’s Royal Exchange Square.

The new cone was topped with sunflowers, historically a symbol of peace in Ukraine and currently associated with the resistance following Russia’s invasion of the country.

Emma Shearer told STV News that, based on her initial idea, her mum Pauline McWhirter made the cone’s decoration and then Pauline’s husband Garry placed it upon the statue.