The residents were forced out of their homes following Storm Malik on January 29. 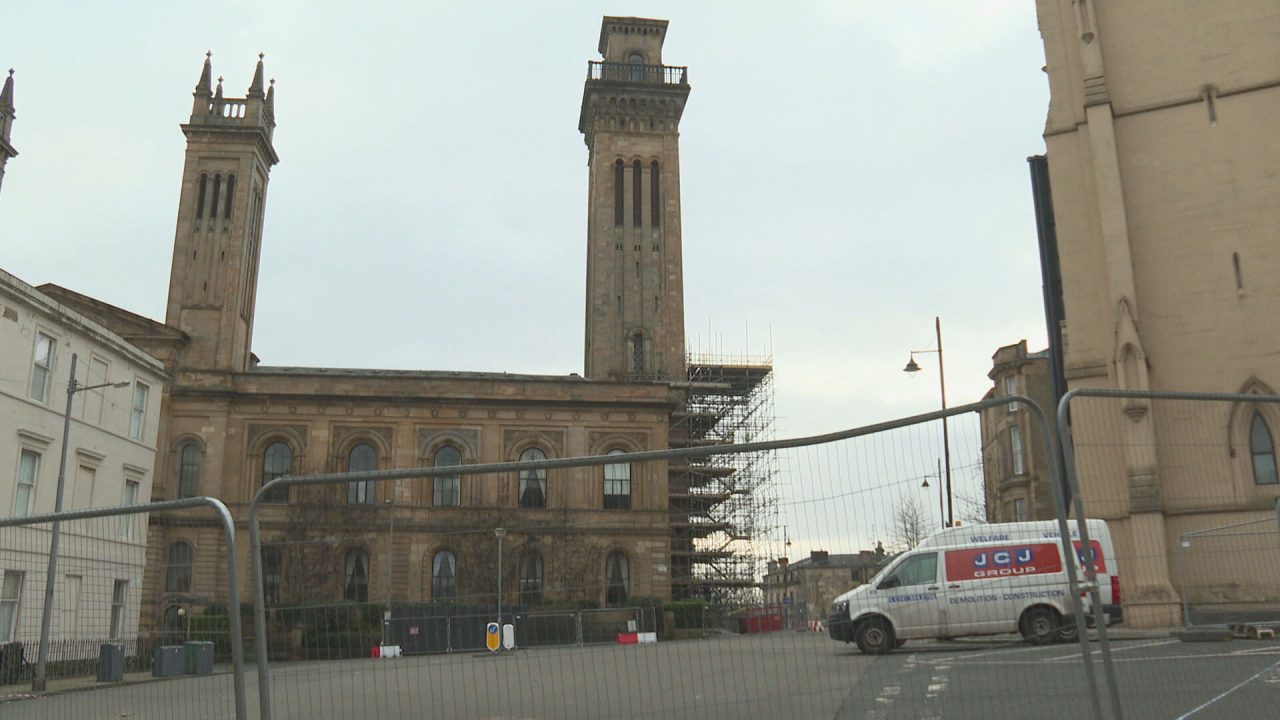 Many residents evacuated from their homes in and around Glasgow’s Trinity Tower are still in temporary accommodation almost two months on.

Some are staying with family and friends, while others also caught in the exclusion zone have had to rent.

The residents were forced out of their homes following Storm Malik on January 29.

They were given just 15 minutes to gather essentials and leave after the strong winds triggered a sensor over the building’s stability.

Rosemary McIlroy and her disabled son, who also has autism, are currently living in a flat in the city centre.

She told STV News: “I can’t bring him [to the tower] because he gets too upset.

“I can’t take him anywhere near it, I’ve got to be so careful.

“If I knew then I could plan and let him know. I have no certainty, I have no plan.”

Two reports have been published on Glasgow City Council’s website showing the assessments that have been carried out regarding the building.

The first, straight after the evacuation, said “the risk of partial collapse is now too high to allow the building to be occupied”.

The second, written less than a month later, said the “tower structure is currently stable and has a very low risk of full collapse”.

This has left residents calling for answers.

“How has this been allowed to happen?” asked Reg Clayton.

“We’re all thousands of pounds out of pocket from short-term accommodation and rent that we have had to find and pay on top of our mortgages already.”

The local authority must sign off on the safety of the building before anyone is allowed to move back in.

Despite the differing reports, the council says the information provided reaffirmed its assessment that the structure continues to be “unsafe”.

This means repair works will still need to be carried out before anyone can return to their homes.

A spokesperson for Glasgow City Council said: “We now expect that these works would be completed by April 28.

“Please be aware that at this stage this remains an estimate and that date could move forward or back.

“Until that point the current mitigation measures and restrictions on access will be required to remain in place to protect public safety.”