Jan Mohammad Ahmadzai has been fighting to bring his wife, sons and baby daughter to Glasgow since the coup in Afghanistan last year. 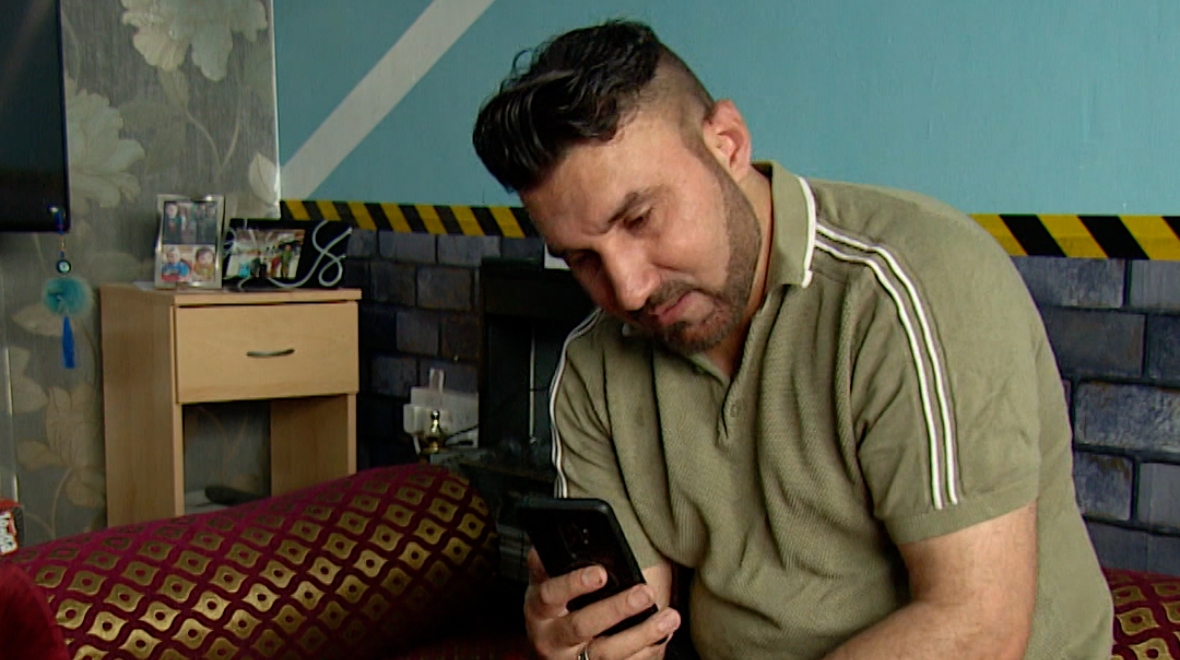 A Scottish taxi driver who was forced to leave his family behind after fleeing Afghanistan says every day is a struggle and a black day for his family and homeland.

Jan Mohammad Ahmadzai has been fighting to bring his wife, four sons and baby daughter, back to his home in Glasgow since August last year.

He has worked in Glasgow for almost two decades and was visiting his family when the Taliban coup took place.

Jan was sent an email by The Home Office to go to a secure location to evacuate the country but a suicide bomb exploded and his family lost their bags containing their passports and legal documents.

He told STV News he fears for his and his family’s life if he returns to Afghanistan to apply for new passports.

“If I have to travel back to Afghanistan and try to apply for their new passport though the Taliban regime, it’ll be hard for me to do that,” he said.

“I’ll never go back to Afghanistan while the Taliban are in power, you cannot trust them.

“I don’t want to risk my life and wife and kids just for some documents. The Home Office are not replying back to me and they’re not saying a thing. They don’t care and we are being ignored and forgotten by them.

“We’ve seen dead bodies, my kids are still suffering, my wife is still struggling from that, we were nearly killed but are luckily still alive.

Jan is working extra shifts to cover his family’s rental and living expenses in Pakistan, as well as his own in Glasgow.

“The stress I’m feeling every day, the lack of words I have with my customers, it’s hard for me. Every day is hard for me now. I’m struggling to be happy.”

The Home Office say they’re prioritising those who are eligible to come to the UK and that they’re aiming to resettle twenty thousand Afghan people in the coming years.