Pupils at the school hosted a special performance featuring songs inspired by their diverse backgrounds and incorporating BSL. 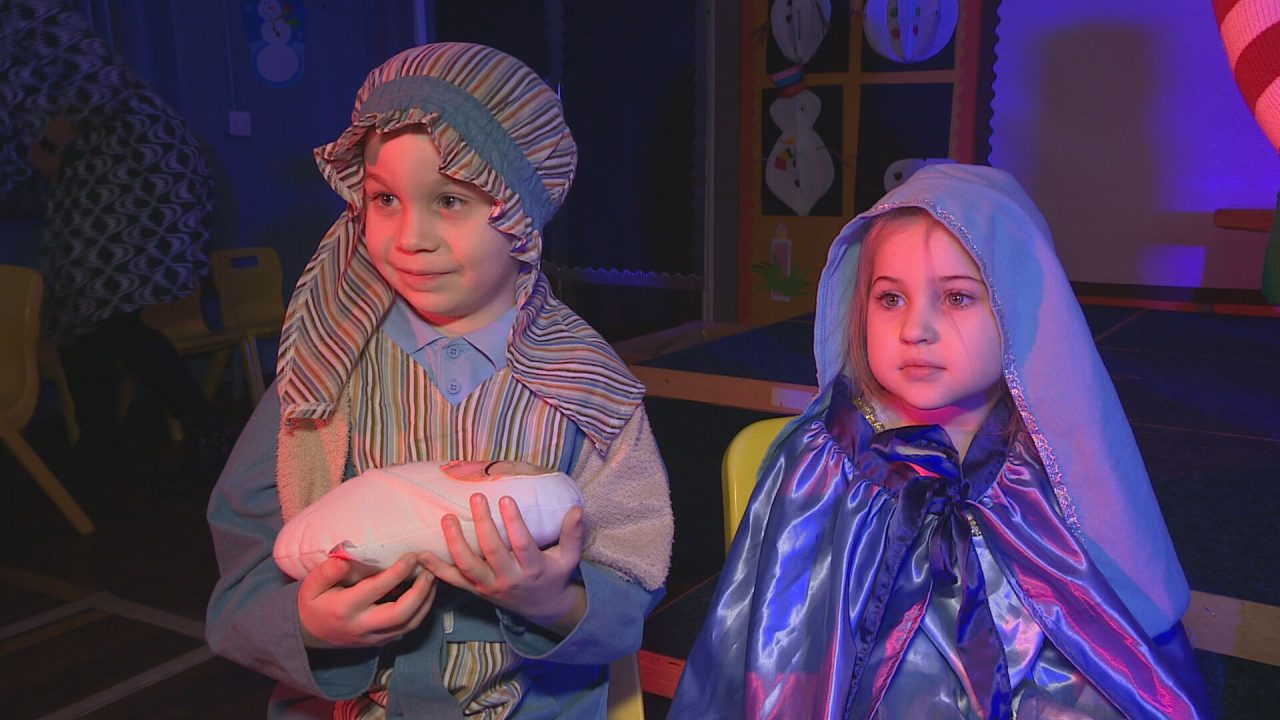 It is a staple of the primary school calendar.

And after weeks of rehearsals and costume fitting, pupils at St Roch’s Primary and Deaf school are finally taking to the stage for a nativity play with a difference.

The specially adapted show was performed in sign language and featured songs from all over the world – highlighting the diverse backgrounds of children in the school.

Alfie, five, won the lead role of Joseph and it’s helped him learn about the Christmas story.

“We knock on the door and can’t find a place to stay,” he told STV News.

“I am very tired and I just want to go to the stable,” added five-year-old Cornelia, who’s playing Mary.

The children put on a special performance of the show for older members of the local community – the first time in three years they have been able to attend.

Parish priest Father Thaddeus Umaru was invited as the guest of honour.

“The community, they’re very, very passionate about the school and about the children here,” he said.

“They do everything possible to support the school and also their children and grandchildren”.

“We have 25 profoundly deaf children who are BSL users.

“We had to adapt in terms of language and communication, but also to reflect the diverse community that we’ve got.

“We’ve got families from all over the world and we wanted to put on a performance that reflected that”.