The Chicago Bears international camp touched down in Glasgow amid growing interest in the sport from Scotland. 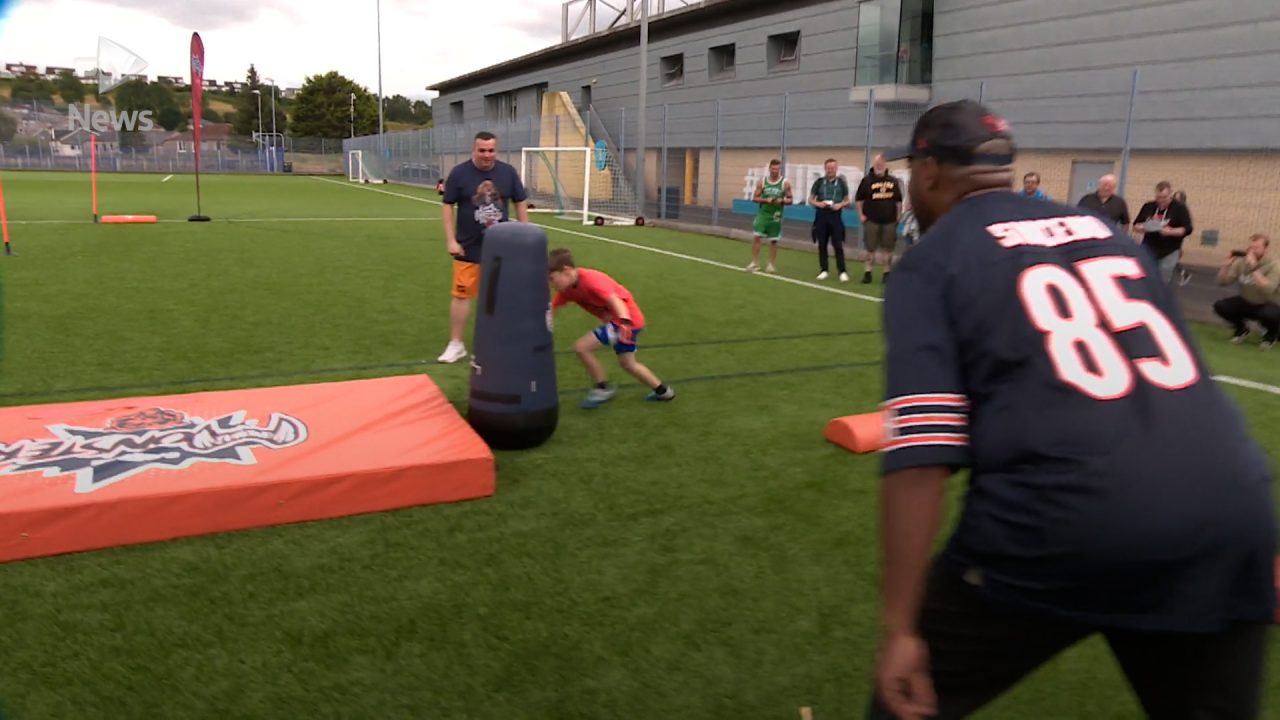 Youngsters from schools across Glasgow have been given a taste of the gridiron by a former American Football star as part of a new initiative aiming to capitalise on growing interest in the sport.

The tight end, who also represented the Philadelphia Eagles and the Green Bay Packers during his professional career, taught kids the basic skills needed to succeed in the game.

The next generation of Scottish players are hoping to follow in the footsteps of David Ojabo, who was recently drafted by the Baltimore Ravens having grown up in Aberdeen, and the New York Giants’ “Scottish Tack Hammer” Jamie Gillan, born in Inverness.

Sinceno told STV News: “If you get real football fans in the States, you have the Bible and then you have football, right? They love it. They’re intense about it.

“They they root for you. They support you. And that as an athlete, that makes you work harder and want to deliver championships. It’s really big in the States.

“Now it’s time to branch out. So we’re just giving back what was we’ll be gotten from everybody else.”

The NFL has seen a surge in interest on UK shores in recent years.

More than four million people tuned in to Super Bowl LVI in February this year to watch the Los Angeles Rams defeat the Cincinnati Bengals.

Thousands more have become obsessed with the online ‘fantasy’ version, while the Glasgow Tigers compete in the second highest level of the British conference system.

However, while the game is unlikely to overtake football as the national sport, Bears community outreach coach Gustavo Silva said he hoped it opened youngsters up to following on in the future.

“We really just want to introduce them to the game, show them what’s fun about the game, and give them the option to pursue playing their game,” he said.

“Physical activity and sports in general are great for kids. There’s many benefits, you know, both physically, mentally, even academically, certainly with their social interactions with others.”

He added: “There’s just so much to gain from sports.”