Residents have been ordered to keep their doors and windows shut after smoke was seen billowing from the top of the building in Rutherglen. 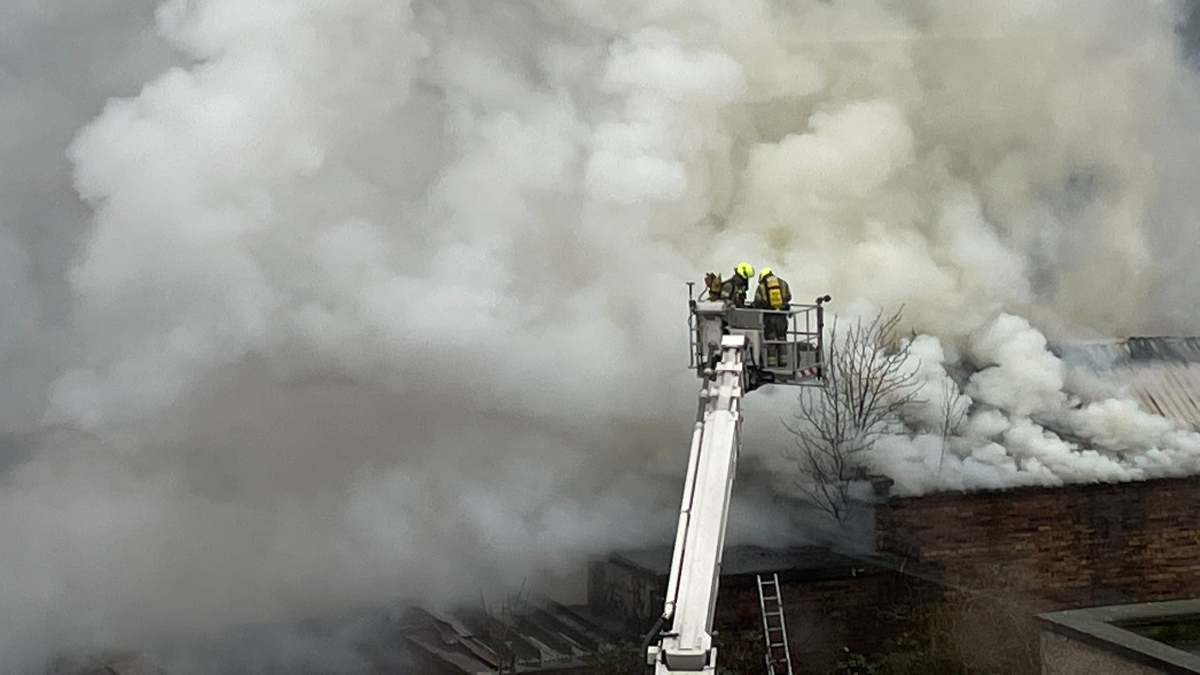 Fire crews are battling a large-scale blaze at a derelict building in Glasgow.

Local residents near the scene of the fire on Main Street in Rutherglen have been warned to keep windows and doors shut while emergency responders work to extinguish the flames.

Smoke could be seen billowing from the top of the building hours after the incident was first reported shortly after 11.15am.

At least five appliances have been deployed, with around 30 firefighters involved in the response alongside colleagues from Police Scotland.

The cause of the fire is currently unclear but a spokesperson for the Scottish Fire and Rescue Service urged those travelling nearby to avoid the area if possible.

A Police spokesperson added: “Officers are assisting SFRS following reports of a fire in Main Street, Rutherglen which was reported to police at 12.15pm today.

“Residents are asked to keep windows and doors closed.

“Motorists and pedestrians are asked to avoid the area.”