Nicola Sturgeon said the measures in five council areas are 'helping to slow down the increase' in cases. 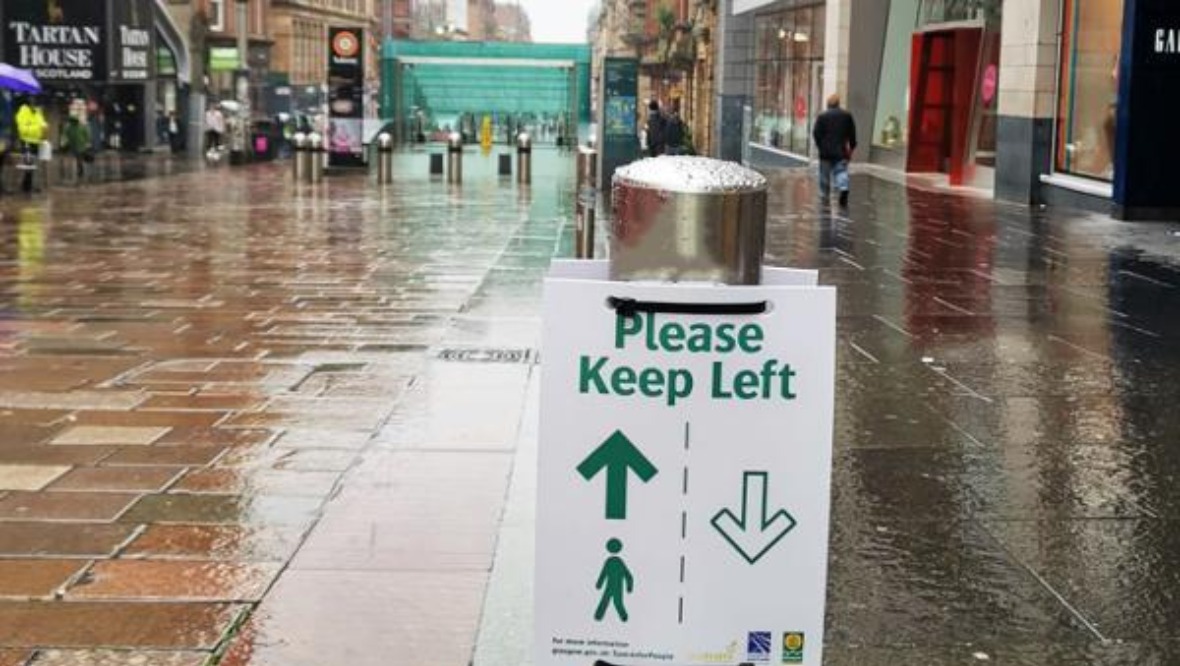 The ban on indoor household gatherings in five Greater Glasgow council areas is believed to be “helping to slow down the increase” in new coronavirus cases.

Nicola Sturgeon gave the update at the daily Covid-19 briefing on the day after the restrictions in Glasgow City, East and West Dunbartonshire, Renfrewshire and East Renfrewshire were extended for another week.

Identical measures, in which people cannot host or visit people from other households in their homes, were later imposed in North and South Lanarkshire.

The First Minister said the apparent effectiveness of the restrictions is “positive news” even while 267 new coronavirus infections were recorded in Scotland on Tuesday.

Of those, 101 are in the Greater Glasgow and Clyde health board region, with 59 in Lanarkshire.

Meanwhile, there are also 53 new cases in the NHS Lothian area – but national clinical director Jason Leitch told the briefing restrictions had not been imposed there because there is no clear driver as to the rise in cases.

The measures on private social gatherings were put in place in the Greater Glasgow area because evidence suggested they were where the virus was spreading.

Sturgeon said officials had held a meeting on Monday evening to assess the effectiveness so far of the restrictions in the region.

She continued: “The good news is that the early indications suggest that the restrictions in place in Glasgow City, East and West Dunbartonshire, Renfrewshire and East Renfrewshire might be helping to slow down the increase in new cases.

“So that at this stage is positive but the number of new cases in these parts of Greater Glasgow and Clyde still remains high and is still increasing albeit we think at a slower rate than would have been the case without these restrictions being in place.”

The measures preceded the Scottish Government’s announcement last week that all social gatherings in Scotland would be limited to six adults from no more than two households, with a small number of exceptions.

Originally the tougher west of Scotland restrictions were put in place in the Glasgow City Council area as well as West Dunbartonshire and East Renfrewshire.

Rising numbers of Covid-19 cases in west central Scotland meant they were later extended to Renfrewshire, East Dunbartonshire and North and South Lanarkshire.

The next review of the local Covid measures will take place on September 22.