The Love of Print will showcase artworks created by celebrated Scottish artists since 1972. 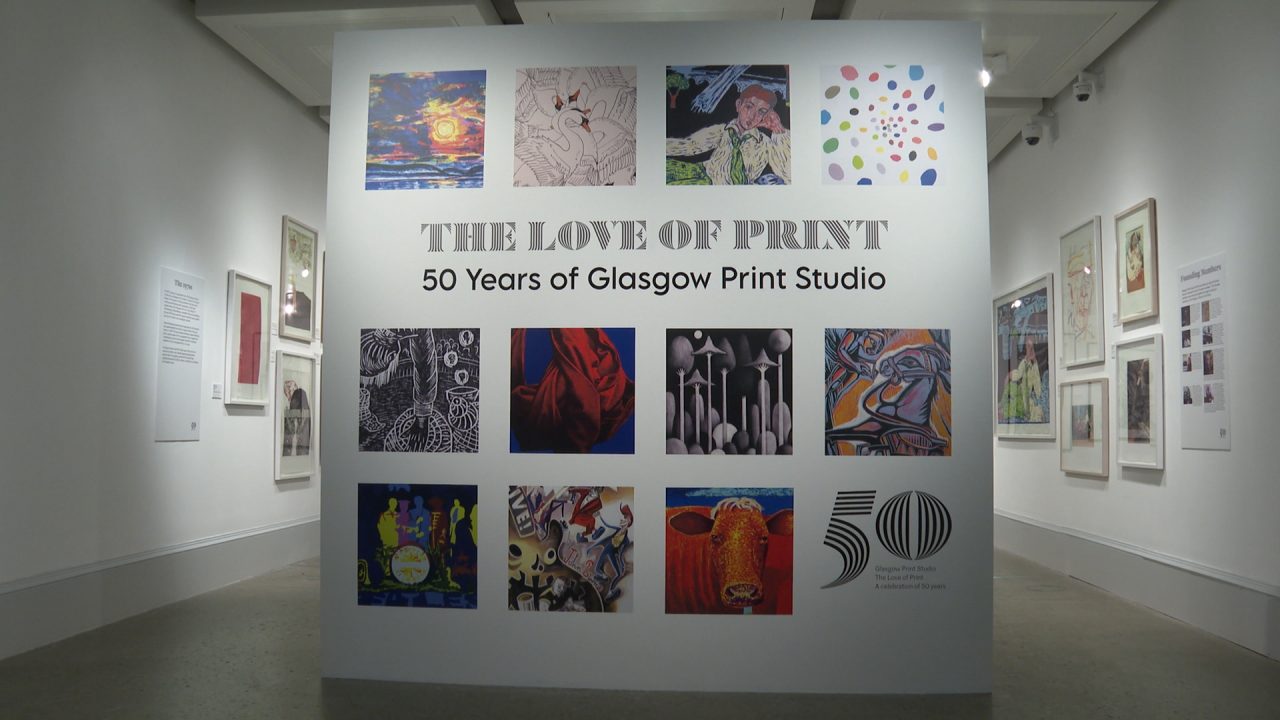 An exhibition celebrating 50 years of printmaking at a Glasgow studio has opened at the Kelvingrove Art Gallery and Museum.

The Love of Print will showcase artworks created by celebrated Scottish artists since 1972.

Many of the artists featured are major contributors to contemporary printmaking, making it a ‘who’s who’ of the Scottish art world.

The collection of prints features classics, as well as some rarely seen works from the last five decades.

It has since grown into a professional art organisation with more than 300 members.

Claire Forsyth, from the Glasgow Print Studio, said: “Alongside the selected works, which are commissioned works made by chosen artists and printed by us, we also have work by 50 members.

“There’s something for everybody, from the beginners or artists who are working under their own steam, to very well-known artists.

“It’s a huge honour to be showing in the Kelvingrove Museum and we’re delighted that all 50 new works have been acquired by the museum, that’s a real source of pride for us.”

Ranging from the 1970s to the modern day, the 130 artists featured at the Kelvingrove are all part of Scottish history.

Artist Kate Downie, who is featured, said: “It’s really amazing to feel that I’m part of the history.

“This history has touched every artist in Scotland and, of course, way beyond. It’s a place that welcomes international artists and it doesn’t see itself as just being located in Glasgow.”

Artists will be running workshops to encourage more people to take up print, while there will also be opportunities for children.

Bailie Annette Christie, chair of Glasgow Life, said: “There’s a learning and access programme running alongside this exhibition where Glasgow Museums and Glasgow Print Studio will be working with schools, encouraging a legacy from this exhibition and hopefully developing the next generation of young artists.”

The exhibition runs until March 2023.