Newly engaged Fraser was rushed to hospital after falling ill while travelling. 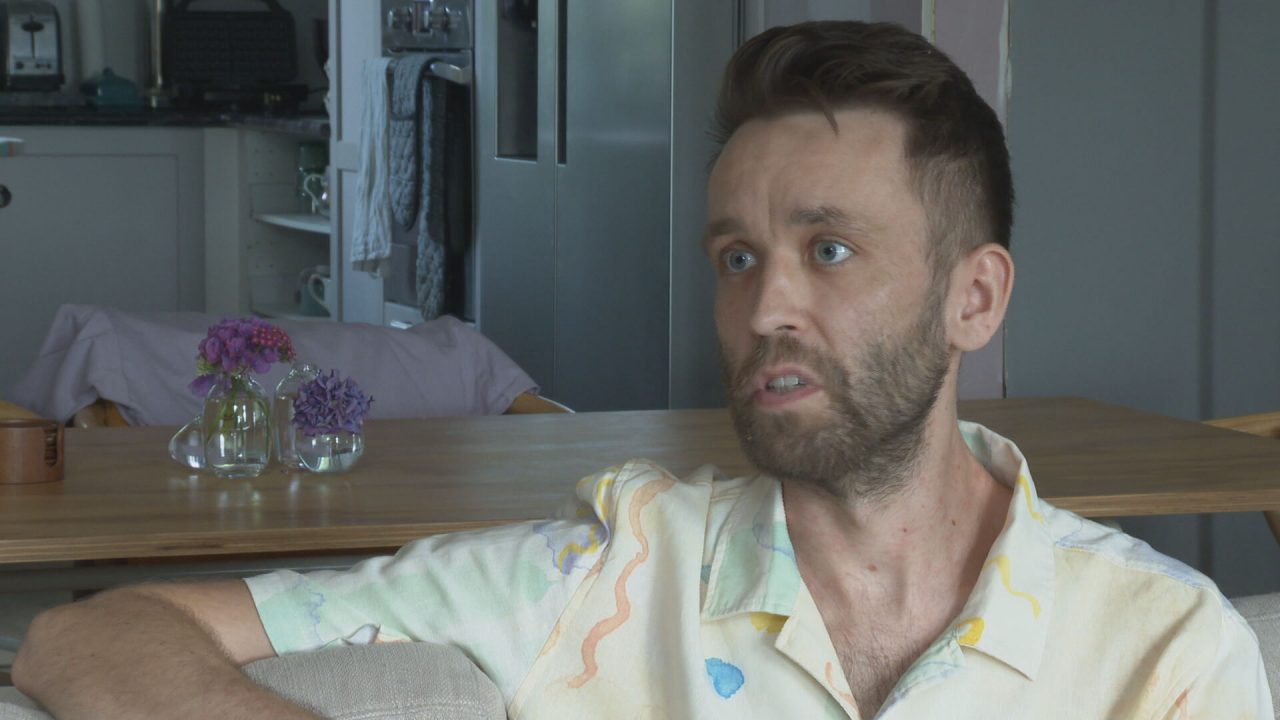 A Scot has been fitted with a life-changing stoma bag after suffering emergency bowel issues while travelling in Colombia.

Fraser Stewart, 29, proposed to his partner of nine years, Harriet, while travelling in South America – but their dream holiday soon turned into a nightmare.

He began suffering a severe flare of ulcerative colitis, which prompted them to embark on an agonising 30-hour journey home to see doctors, and left him requiring a pouch to collect his waste.

The pair scrambled to get two flights to London, a train to Glasgow and a taxi to Coatbridge before Fraser was rushed to A&E early the next morning.

He told STV News: “We’d had an amazing few days celebrating, but I must have eaten or drank something that triggered the flare. My medication wasn’t working and it was getting worse.

“It was a monumental task. We used wheelchairs and got taxis where we could. Harriet was amazing throughout.

“I honestly don’t know how we managed that trip in the state I was in. It was a really challenging journey. I was so weak I could barely walk. I just suffered through it and tried to sleep as much as I could.”

Fitness fanatic Fraser had been diagnosed with ulcerative colitis in September 2019 after experiencing stomach problems, but had lived an active, healthy life with few symptoms.

His family knew he had a flare on holiday in July, but did not know the extent of his condition until he was rushed to hospital.

“I hadn’t told my friends I had colitis as I didn’t think I had an illness,” he said. “It wasn’t relevant to me as it did not affect my daily life.

“I don’t think people understood how serious my flare was until I got back home. It was an anxious time, but they were really supportive.”

Fraser was kept in hospital for days as he underwent tests and was given antibiotics to fight infection.

Nurses broke the news to him early on that he may have to undergo an ostomy due to the risk of his bowel perforating.

“They were amazing at preparing me, it really helped my anxiety over the situation,” he said.

“The treatments weren’t working and I realised the safest thing to do would be surgery. If I didn’t get it now, I’d probably need it at some point in the future.”

Fraser underwent bowel removal on July 20 and was kept in for a week and a half. Having dropped 25kg over a fortnight, he said the recovery was a “lot more painful” than he had anticipated.

He recalled breaking down in tears as he struggled to walk or stand after his operation.

“I’ve cried a lot,” he admitted. “I expected a certain strength from my body and it was completely gone. Learning to walk again has taken longer than I thought. It has been a very emotionally challenging journey.”

Six weeks on, Fraser has thrown himself into rebuilding his strength by walking everyday and eating plenty.

He recently managed a 5k walk and aims to get back to running and cycling in the coming months.

Next year he hopes to take on a triathlon to raise money for Crohn’s and Colitis UK.

Adjusting to life with a stoma bag has been relatively straightforward and he’s determined not to let it get in the way of his fitness.

“Some days you feel completely hopeless, the next day you feel triumphant because you managed to walk a kilometre, it’s been a rollercoaster of ups and downs,” he said.

“The only real change is having to change the bag, you need to take it off clean and put it on. I don’t have any pain or issues and it’s not caused a hindrance so far.

“It has been inspiring to see other people who have a full life with a stoma bag and get back into sport.

“I’m learning not to take my life for granted and enjoy every second.”

Fraser said his positive mindset has helped his recovery; he has learned the importance of a work/life balance, spending more time with family and friends and getting outdoors.

He also wants to raise awareness of ostomy and bowel conditions to encourage more people to be open about their health.

“It’s important to talk about health and not be embarrassed, to share stories and support people going through similar situations,” he said.

“I tell as many people as I can about my stoma bag. I’m proud to show it to people. I don’t want to hide my stoma – it saved my life at the end of the day.”